The Darkest Hour Volume 1: The Japanese Offensive in the Indian Ocean 1942

JPTRR
Editor
posted on 3 months ago — updated on 3 months ago
570
views
THE DARKEST HOUR from HELION & COMPANY is a concise yet detailed two-volume account of the Japanese campaign to secure their western flank of their Pacific war by destroying United Kingdom offensive capabilities of the Royal Navy Far Eastern Fleet. This is volume one. 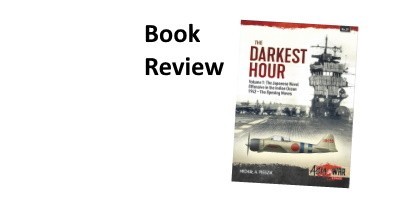 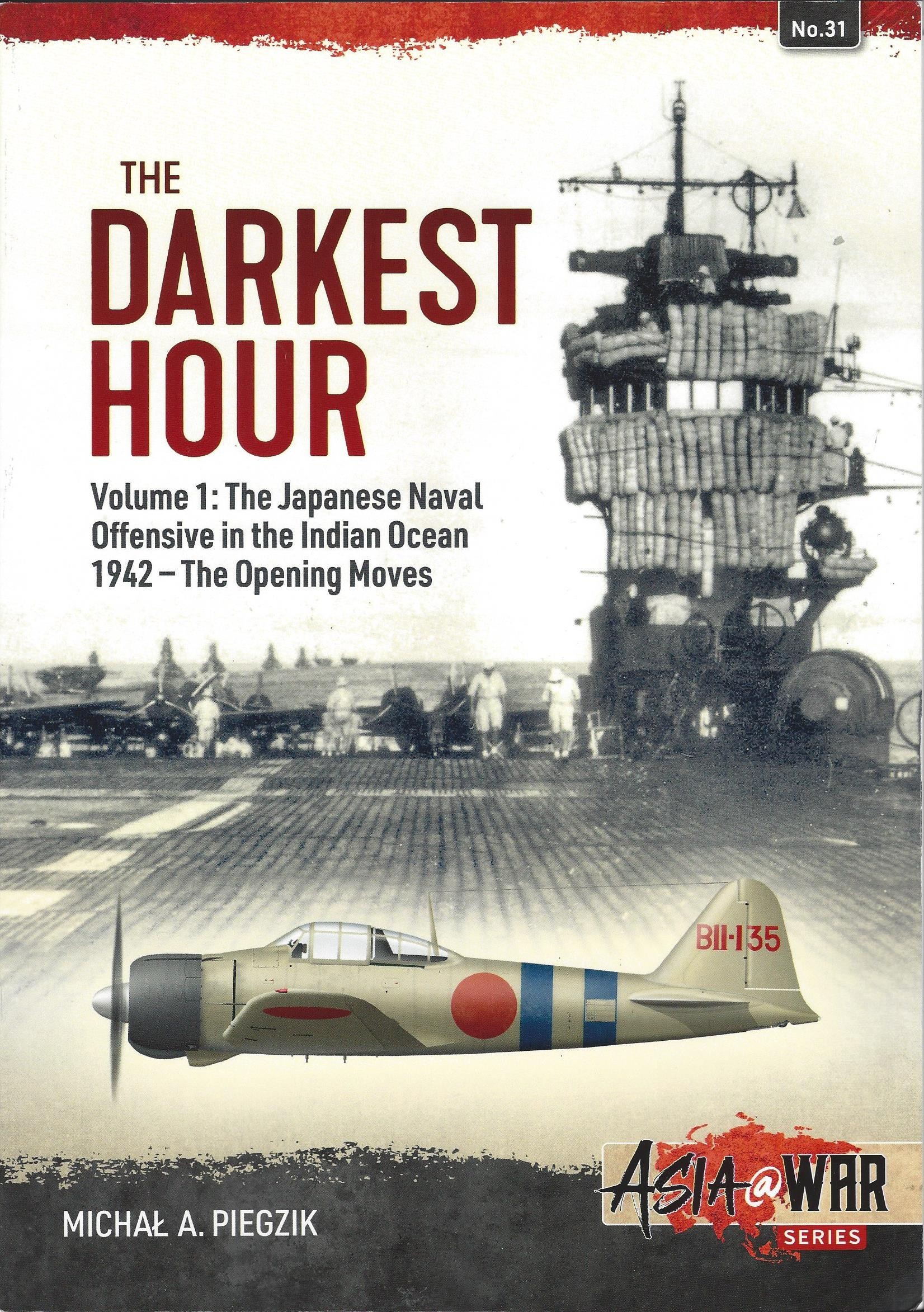 Volume1: The Japanese Offensive in the Indian Ocean 1942 - The Opening Moves

Volume 1 of The Darkest Hour describes the strategic planning and opening moves of both sides in February–March 1942, including the Japanese navy projections on the final steps of the first stage of the Pacific War, and the Royal Navy’s hopes to halt the enemy advance without taking any significant risks. The Japanese offensive in the Indian Ocean began in March 1942 with the invasion of the Andaman Islands and Christmas Island. By securing both vital positions, the Japanese navy planned to establish its advanced bases in the eastern part of the Bay of Bengal.

The Darkest Hour Volume 1: The Japanese Offensive in the Indian Ocean 1942 - The Opening Moves is the 31st title of the Helion & Co. series Asia @ War.  Authored by Michal A. Piegzik, this 83-page A4 format softcover is catalogued with ISBN 9781915070616.   It features over 75 black-and-white photographs with over two dozen color illustrations, maps, and 31 tables.  Artwork is by artists Tom Cooper and Anderson Subtil.

Japan’s Pearl Harbor attack and campaigns against the Philippines and Singapore are well known, as is the equally devastating attack against Darwin.  Lessor known is C Sakusen (Operation C), the third phase of knocking out the main opponents and securing flanks, a carrier raid by the Kidō Butai (Mobile Force), the name of a carrier battle group of most of the aircraft carriers of the Imperial Japanese Navy.  The incredible carrier strikes against the British forces were launched by the superb Imperial Japanese Navy Air Force carrier groups at their zenith of their effectiveness.

This volume sets the table by introducing and describing all of the players and assets that clashed in the daring operation.  You can view the book on Casemate’s site here.

3.    Aircraft Carriers in the Indian Ocean

4.    Occupation of the Andaman and Nicobar Islands

I.    Kidō Butai’s and Malay Force’s Orders of Battle during the Indian Ocean operation

III.    Japanese Terminology Relating to the Operation in the Indian Ocean

The content page features a map of the western Pacific to west of India.  The introduction notes sources and defines terminologies and standards.   Personal quotes and accounts enrich the text.   Japanese Strategic Plans in the Indian Ocean starts with planning operations in context to the rapid conquest of objectives after the Pearl Harbor attack.  Admiral Yamamoto and his peers and advisors are discussed, including plans to assist the Japanese Army in the drive through Burma; British admirals and generals receive the same treatment.  The author cites numerous Japanese command orders and directives and their contents, e.g., Secret Combined Fleet Operational Order No.86 from 9 March [Kimitsu Rengō Kantai Denreisaku 86-Gō].  Operational plans are presented with force assignments and staging details.  Major forces are discussed, i.e., Operational Plans of Malay Force and Tasks Assigned to Submarines.  Japanese intelligence assessments of the British forces, abilities and intentions are explored.  Japan’s Army had plans and theirs are explored in context in sub-chapter India in the Japanese Army’s Plans.

India was a factor in the global strategy of the British and Japanese, and the author explores the Indian independence movements, and the effect on the UK’s European war.   India created several tactical and strategic headaches for the Allies.  How India related with Japan is equally interesting.

British Defence Plans examines the strengths and problems the British dealt with.   The Far East was not particularly supportive of the United Kingdom and the UK’s negotiations to secure cooperation is discussed with successes and failures.  We learn that Ceylon was an island of its own, figuratively and literally.  Disposition of British forces in the area are presented, i.e., type and number of aircraft, squadron number, facility.  British plans to search for, block or counterattack the Japanese are discussed with commentary concerning its efficacy; Admiral Sommerville wrote out four hypothesizes after calling off the search for the oncoming Kidō Butaiand these are reproduced.  Explored is the interaction between the British military, foreign service, and local administrators.

Aircraft Carriers in the Indian Ocean is fourteen absorbing pages of descriptions and histories of Allied and Japanese aircraft carriers and aircraft involved in C Sakusen.  Narratives, technical data and recognition illustrations introduce the weapons in appreciable detail.    I appreciate the names of the Japanese ships and their Western translations.  You will find many movement accounts including longitude and latitudes, bearings and azimuths, and times.

While this book is not a traditional combat-oriented book, the first military clashes start in Occupation of the Andaman and Nicobar Islands and Christmas Island Invasion Operation.  Perhaps the most intense combat of this volume involved an American submarine dueling for days with a Japanese invasion force, for which a Japanese commander praised the US crew.   These chapters present the islands and British development thereof, Japanese designs for them, and the combat operations.  Brief histories of their discovery, colonization and civil and military exploitation are documented.  Japanese occupation and atrocities are covered.  The Japanese had plans to occupy the islands and the British had plans to defend these possessions, with 19 pages devoted to the situation.  Garrisons and landing forces are explored, and their weapons – the British decided a single 1-inch gun with 100 rounds was sufficient to defend an area for 60 days!  The role of Indian nationalists with the Japanese are included, as well as the Japanese self-sabotage of their help.

Kidō Butai in the Indian Ocean takes 10 pages of text, tables and photographs to recount the oncoming Japanese rampage.  It details aerial scouting of both sides, attacks on surface vessels, attacks against Allied units, the ordeal of a PBY that discovered the Kidō Butai and resulting British scramble to react to it.

Throughout the book the author uses both Japanese names and terms, including kanji, and Western names and terms for them, with translations to English.  This enriches the content and the reader’s knowledge.  I find it makes the book far more interesting.

I usually do not comment upon notes and bibliographies but in this book, they are significant – 10 pages worth.

Ultimately, this work presents a large amount of information and data to digest and contemplate, providing the reader with a vast and clearer knowledge and understanding of this bold thrust by Japan.

Detailed as the text is, this book is enhanced by the excellent gallery of photographs.  I admit that I have not read a fraction of the books available about Nihon Kaigun and the Pacific War but most of the photographs are new to me.  Incredible images of IJN carrier decks or ships in formation afford exciting views of fleet.  Not all are studio quality but obviously many were exposed ‘in action.’  Some appear to be staged, i.e., Indian nationalists with Japanese personnel.  Some appear to be genuine scenes of life with Kidō Butai or with the defenders, e.g., pilots lounging in deck chairs on a flight deck.  This volume could stand alone without images, or as a photo book with limited text.

Several profile and planform recognition drawings from the Office of Naval Intelligence or similar agencies are noted even though not being original artwork.  The color artwork is high-quantity with authentic colors and markings.  Some captions include commentary of colors and descriptions, with a close Federal Standards number, i.e., Ame-Iro.  The aircraft profiles include a selection of aircraft in overall paint liveries, camouflaged aircraft, and those with unique or special finishes and markings. Modelers should be interested in these references:

( That gallery of aircraft begins with the table Coding of IJN Carrier-embarked Aircraft, 1941-1942: per Carrier Division; Tail Code; Fuselage Band color; No. of bands; ship based upon.)

Modelers and historians should find these tables highly informative and interesting.

14.    Japanese military operations according to the Secret Operational Order of Malay Force No 18: by Operation; Code name; Date of landing; Remarks.

17.    Japanese seaplane bases in the T, D and U operational area with assigned units: Base; Status; Assigned units.

18.    Japanese reconnaissance missions conducted from 18-24 March 1942 from bases in Bangkok, Penang and Sabang towards the Bay of Bengal, including the Andaman Islands: dates and two units listing number of aircraft; times of take off and landing.

19.    Activity of Toko Kaigun Kokutai from the bases in the Andaman Islands from 24-31 March 1942: Dates; Departure time; Number of flying boats; Notes.

33.    Japanese Submarine Operations in the Indian Ocean: 11 submarines identified with their patrol; activities details, including torpedoes fired and hits/kills. 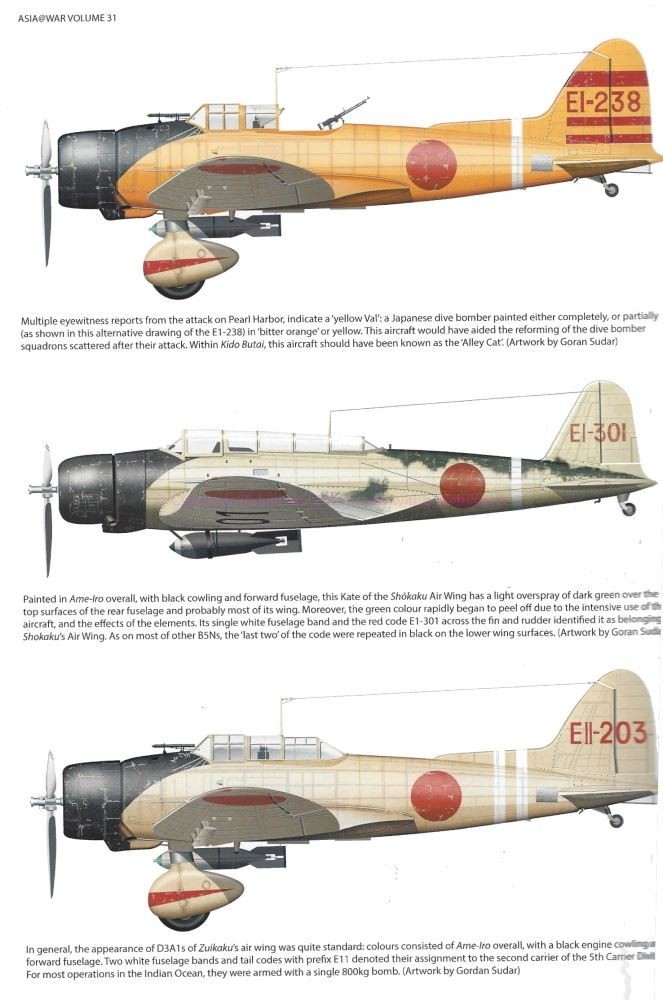 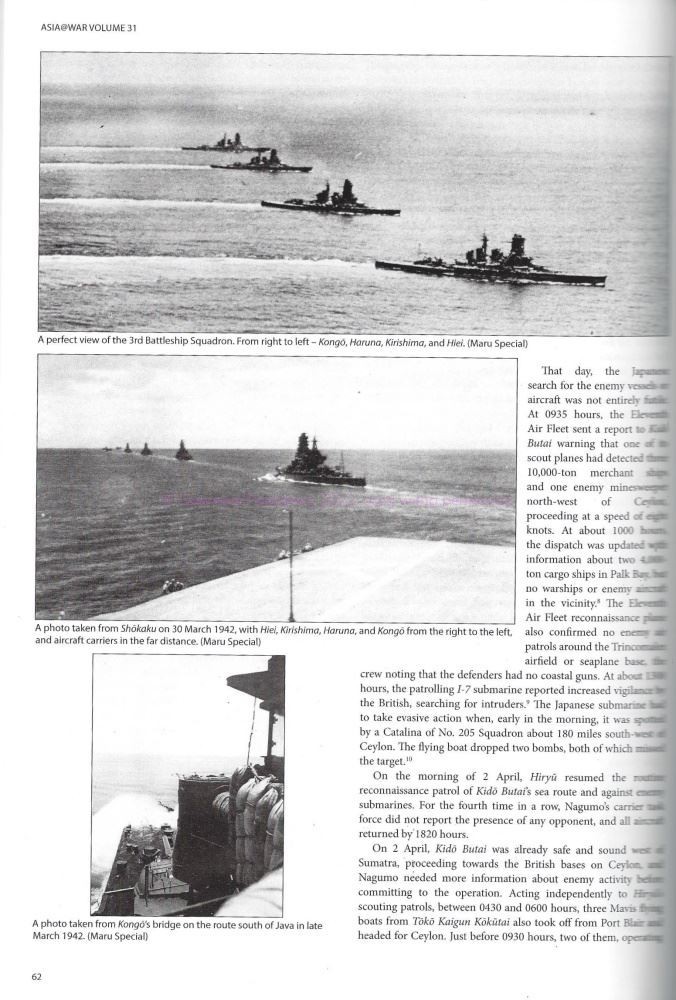 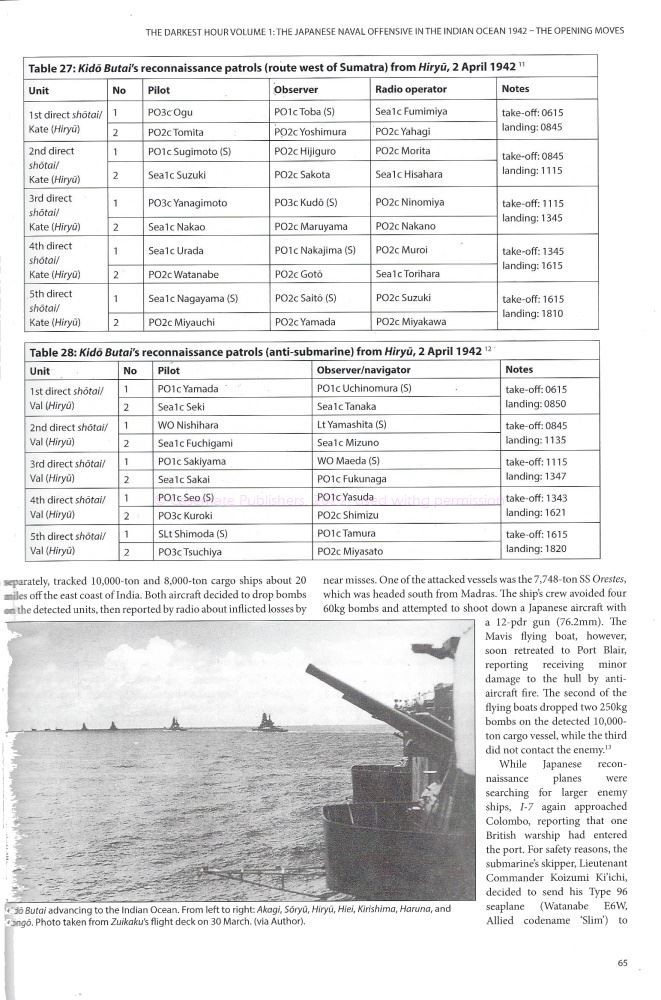 Helion and Company  provide modelers and historians a fascinating resource with The Darkest Hour, Volume 1.  While the back cover describes it as concise, it is filled with focused detail.  Sources and defined terminologies and standards, and personal quotes and accounts enrich the text.  As does the excellent gallery of photographs and artwork.  I believe it will provide the reader with a vast and clearer knowledge and understanding of this aggressive operation.

This sample was provided by Casemate Publishers. Please remember to mention to publishers and retailers that you saw this product here – on KitMaker Network.