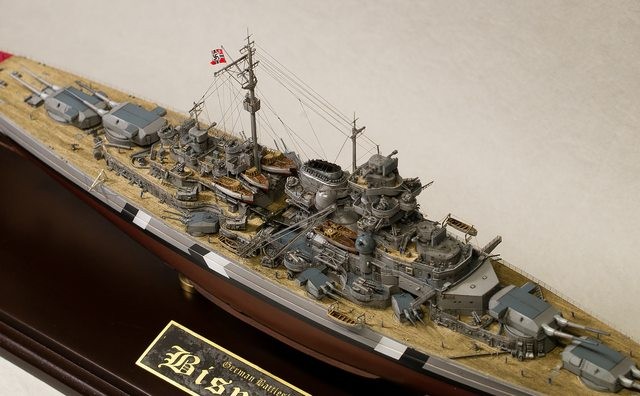 The Bismarck is arguably the most famous battleship of the second world war. Feared by the British, it took part in one of the most amazing naval battles in history, sinking the pride of the Royal Navy HMS Hood in just three minutes. Referred to as a "he" because of his incredible power, his size, speed, and firepower made him a definite threat to Allied shipping in the Atlantic, and it was imperative to be neutralized.

Since I got into scale modelling I always wanted to build the Bismarck. 13 years ago I purchased Revell's 1/350 scale kit, back then the best and most complete kit you could it have. Unfortunately soon after I moved across the world and I couldn't bring it with me. Then years later I got Trumpeter's 1/700 with a bunch of aftermarket detailed sets but then again, after my daughter was born I was not able to build it because of lack of time and I put it aside with the hull and turrets done.  But this year when browsing online at my local hobby shop I stumbled upon this AMAZING Flyhawk kit. I got the deluxe FH1132S version which comes with 8 plates of photo-etched parts and metal barrels. Because this was my third attempt to build it and motivated to do the best possible I've also got a wooden deck and detailed metal mast by Infini models. And finally, exactly after a month of working every day I've finished.

I decided to build it as seen on the 21 of May of 1941 when at the beginning of operation Rheinübung, Bismarck and Prinz Eugen stopped briefly in Grimstadfjord, southwest of Bergen in Norway. The baltic camouflage on the superstructure was no longer there but it is still visible on the hull with the sailor starting to paint it over. 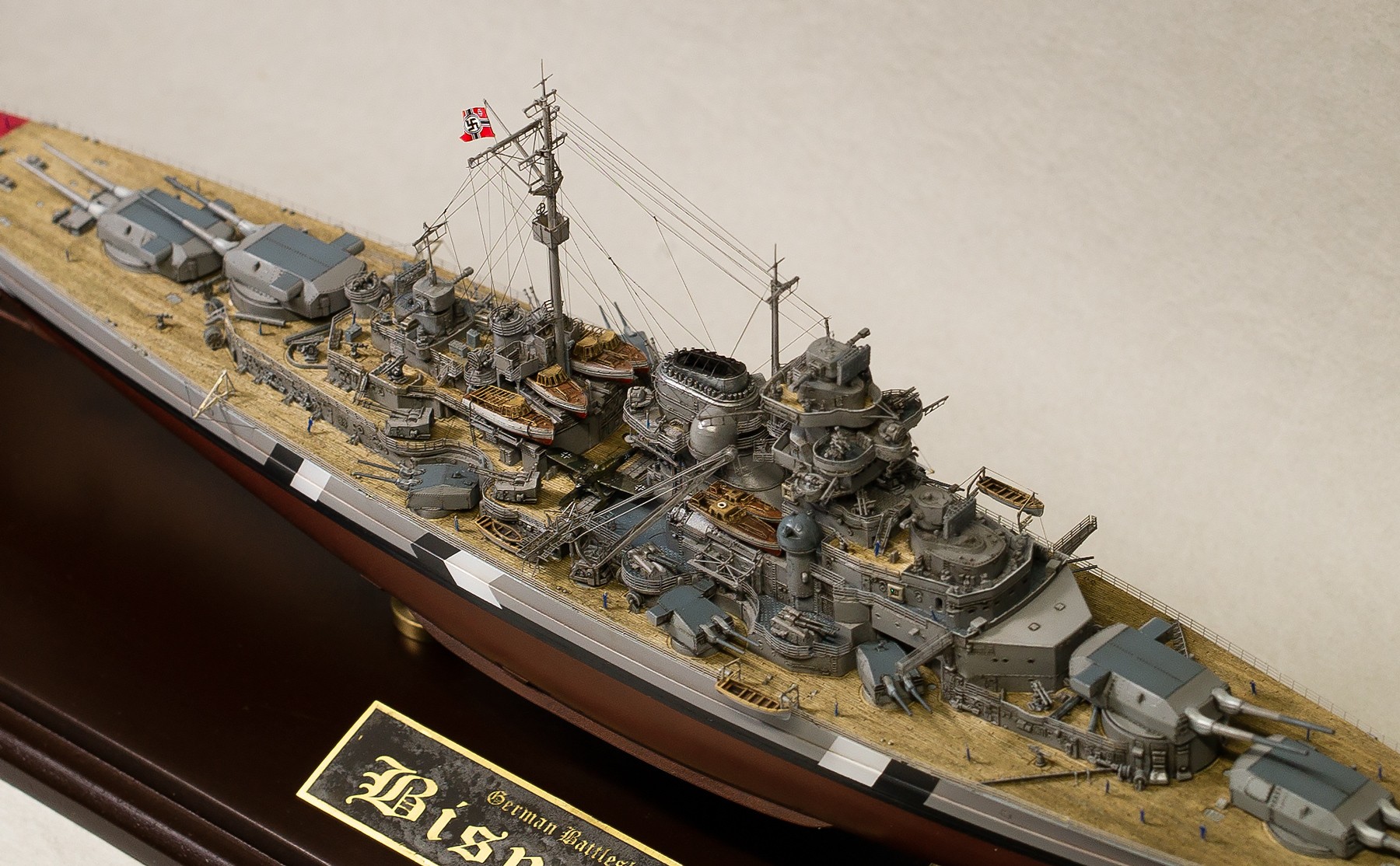 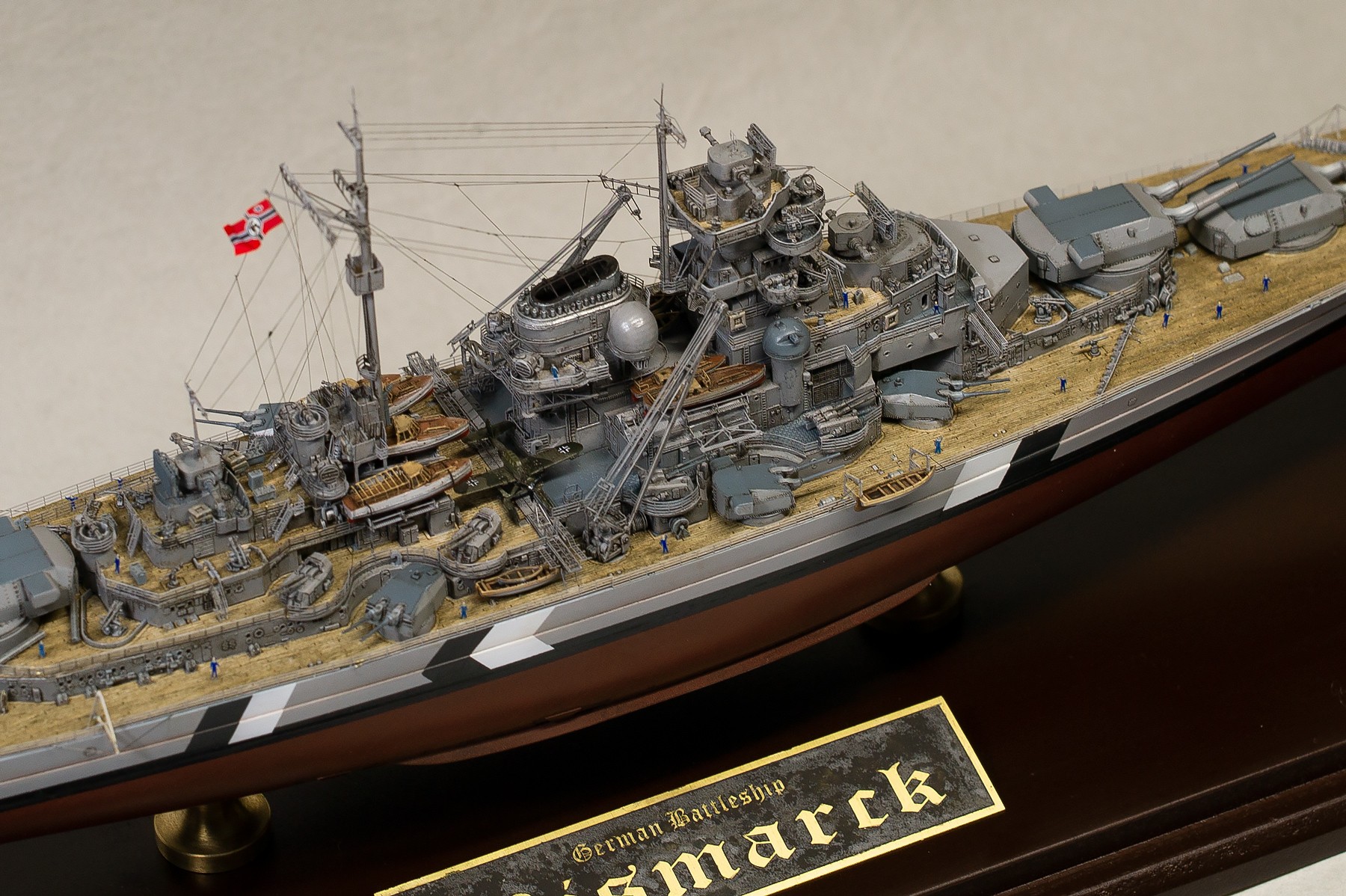 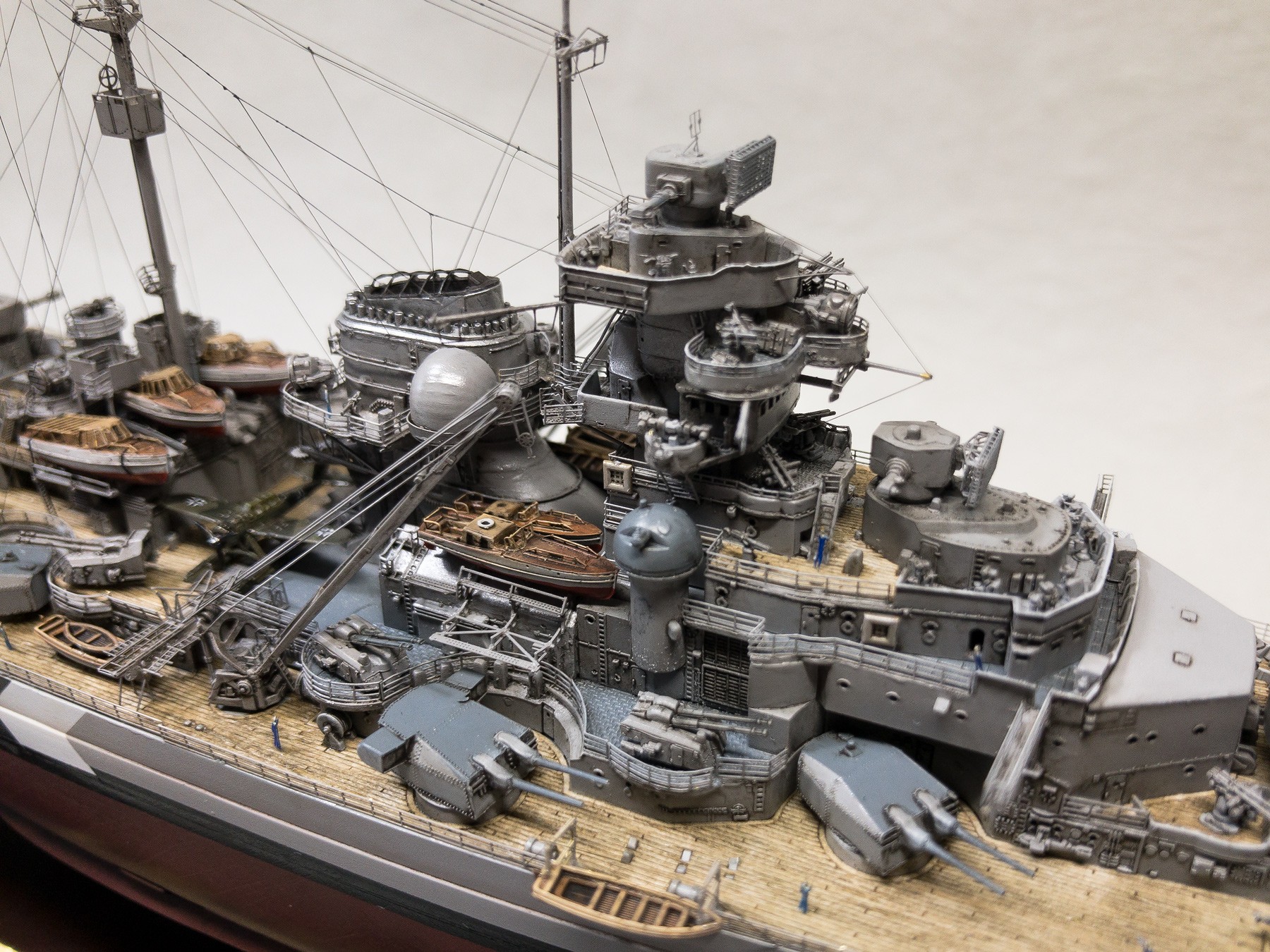 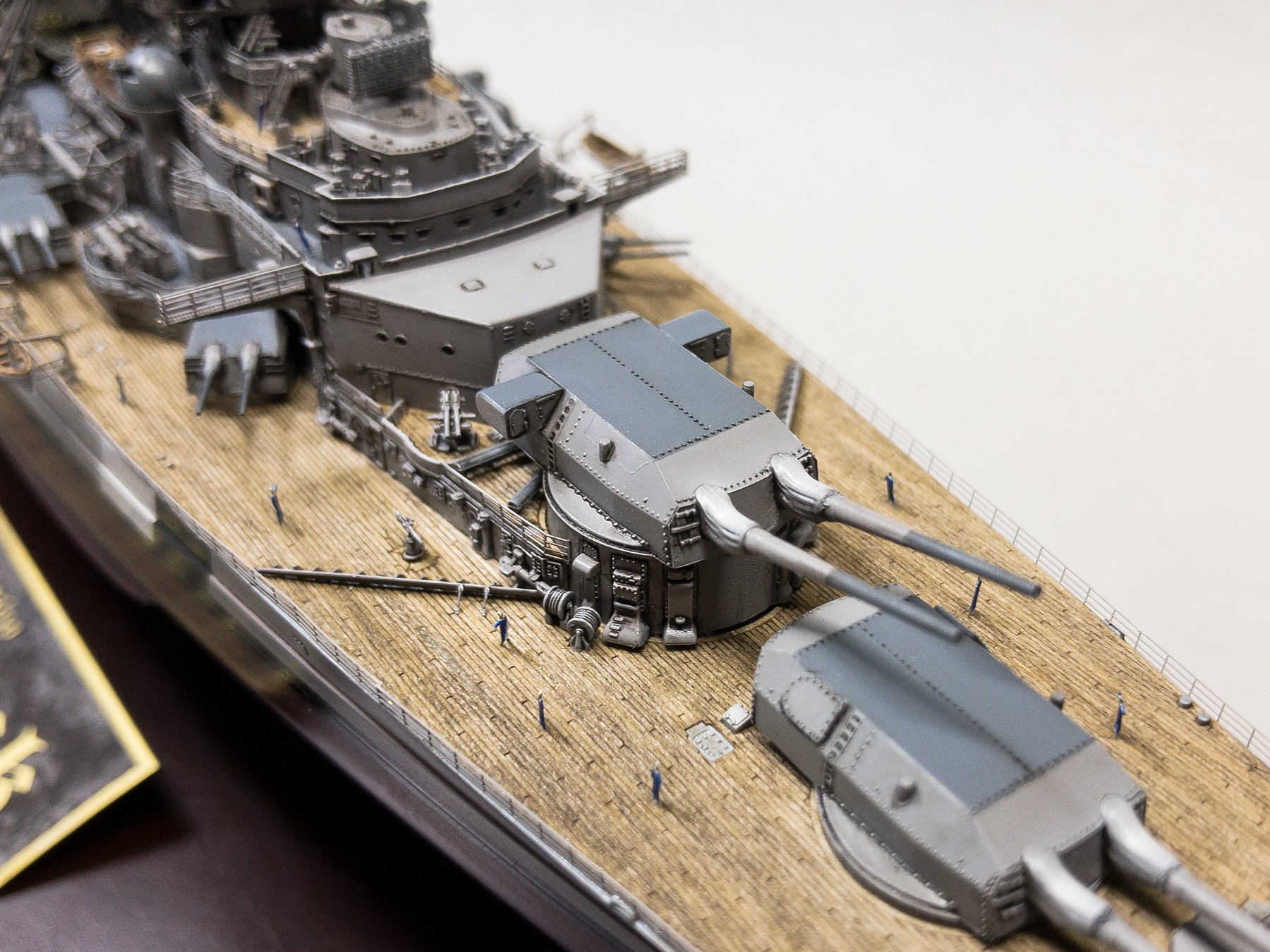 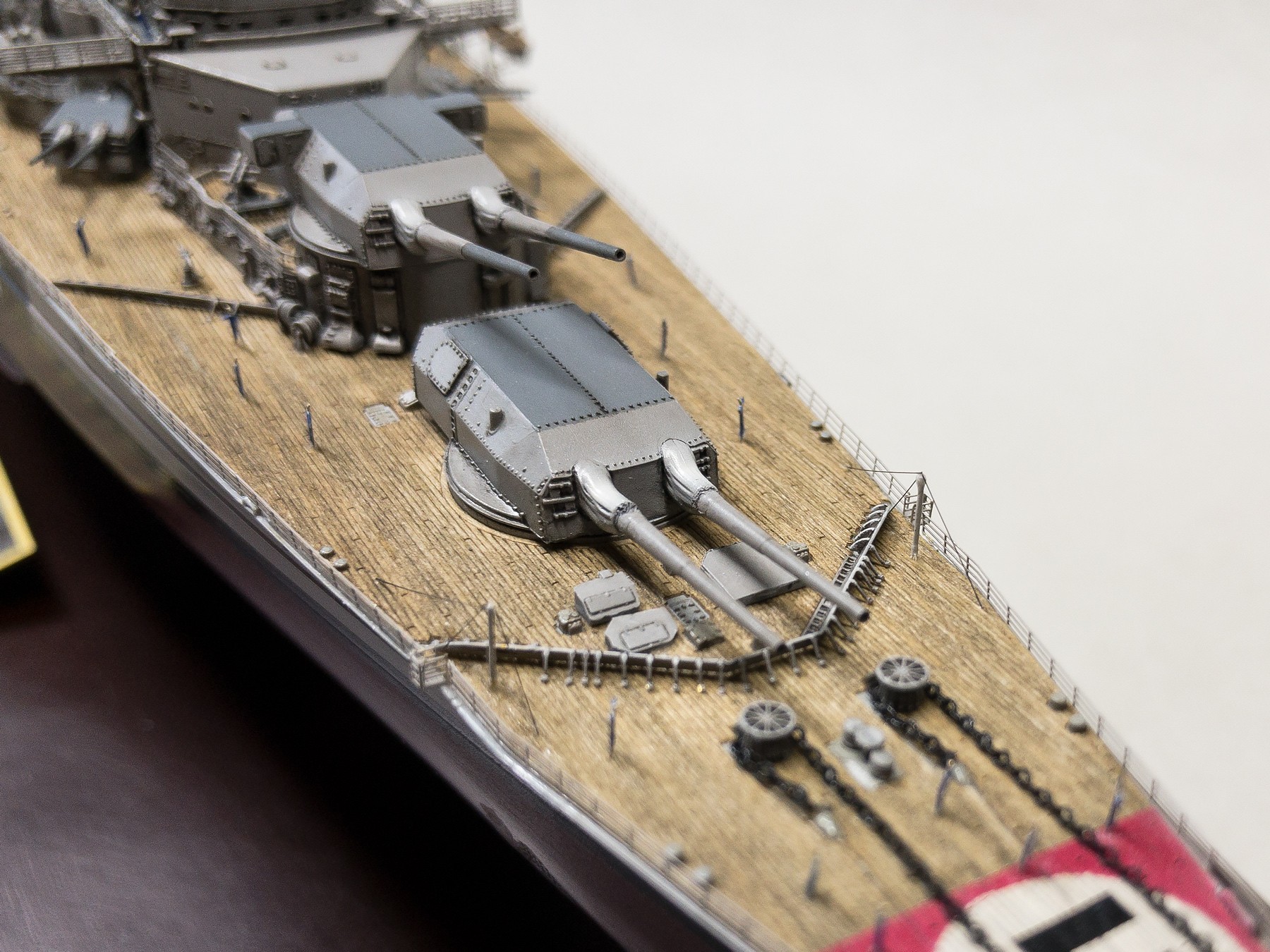 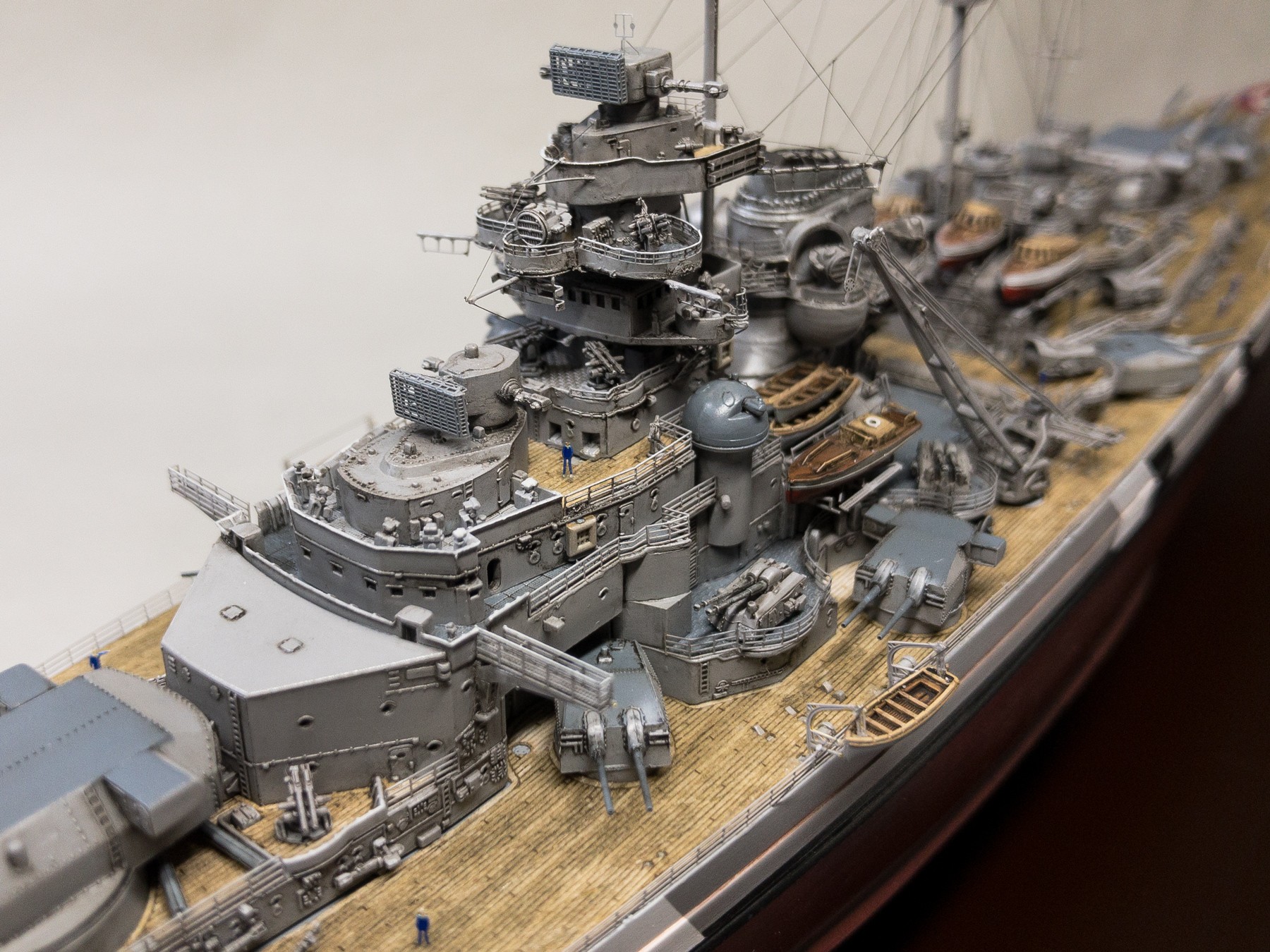