JPTRR
Editor
posted on 5 months ago — updated on 5 months ago
608
views
Filled with an abundance of research, USN SUBMARINE VS IJN ANTISUBMARINE ESCORT is a fascinating study of United States unrestricted submarine warfare and the Japanese campaign to counter it. 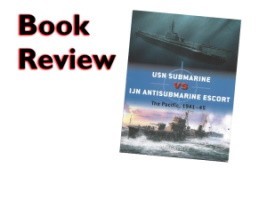 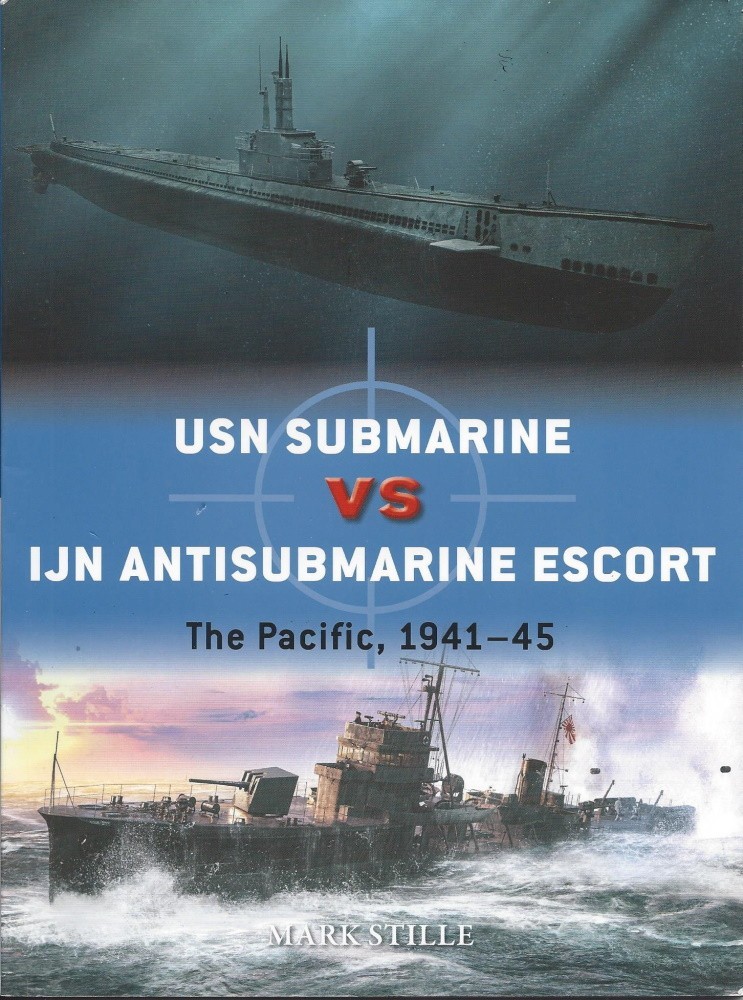 USN Submarine vs IJN Antisubmarine Escort The Pacific,1941-45 is a new book by author Mark Stille in Osprey Publishing LTD’s series Duel.   Catalogued with the Osprey Short code DUE 117 and ISBN 9781472843050, this 80-page softcover is illustrated by artist Ian Palmer.  With different ISBNs it is available in PDF and ePUB formats.

The Duel series features specially commissioned full color artwork, black and white photographs and diagrams, informational tables and charts, and biographies of significant commanders of the subject. They are intended to be a valuable resource for military history enthusiasts and are equally valuable for modelers and wargamers.

USN Submarine vs IJN Antisubmarine Escort is a study of Japan’s attempt to protect their essential but vulnerable shipping lanes from America’s submarine force.  It recounts the strengths and weaknesses of both sides, limitations and advantages, successes and failures, and the ultimate results of the USN campaign to strangle Japan from its resources. Osprey describes the book thusly:

This fully illustrated study examines and compares the roles of the US Navy submarines and the Imperial Japanese Navy's anti-submarine warfare capabilities during World War II.

In 1941 and 1942, US Navy submarine operations in the Pacific were largely ineffective, hampered by faulty torpedo design, conservative tactics, and insufficiently aggressive submarine captains. Eventually, though, a new generation of wartime submarine commanders, combined with reliable torpedoes, new generation boats, improved intelligence, and advanced radar, inflicted devastating losses on Japanese shipping. Antisubmarine warfare was initially accorded a low priority by the Imperial Japanese Navy; the lack of ASW escorts and modern weaponry, and an inability to develop tactics, resulted in devastation to vital convoys, and hampered its ability to deter and destroy enemy submarines. This book explores all these factors, and the role that US submarines played in supporting the major fleet operations in the Pacific Theater, notching up almost 500 patrols by war's end for the loss of 52 submarines to the Japanese. The technical and tactical developments implemented by the opposing sides are documented in detail, including US improvements to submarine design and weaponry and more aggressive tactics, and the Japanese development of destroyer escorts, changes to depth charge design, and improved submarine detection capacity.

USN Submarine vs IJN Antisubmarine Escort is told through Duel’s standard format of 10 chapters and subsections:

Introduction and Chronology presents notable events by dates and the abstract in three pages.  Design and Development presents the vessels and weapons of the subjects of this book in concise detail.  Submarines and their torpedoes and deck guns, escort ships (kaibokan) and their guns and depth charges, further developments such as radar, these are discussed in good detail; some data is fascinating, i.e., range of Japanese sonar when used at different speeds, how close a depth charge had to be to damage a sub, statistics about the average number of torpedoes used to sink a ship by year.  I came away with a better understanding of some facets of the submarine/kaibokan duel, and learned a couple of things.  The state of subs and ASW (antisubmarine warfare) is covered for pre-war as well: IJN fleet destroyers; prewar IJN ASW escorts; purpose-built ASW escorts.  Those subjects are expanded in Technical Specifications which provides technical developments and brief histories of:

Each vessel class history includes their design and construction, armament and modifications, and is accompanied with a photograph and an information table.

The Strategic Situation recounts Japan’s need for merchant ships and the number thereof, and the routes they plied.  USN assessment of Japanese zigzagging is mentioned.  A subchapter, USN Perceptions, provides a look inside the evolution of USN strategy.  The Combatants examines force makeup, the crews and tactics.

That is the first 55 pages leading us to the main event, Combat. This broadly chronicles the missions, successes and losses of USN submarines.  Remarkable feats are presented including stand-out sub commanders and their accomplishments, i.e., captain Morton of USS Wahoo.  Starting with an overview of the US Asiatic Fleet, we learn of the composition and performance of the force through 1942, and submarine patrols from Pearl Harbor and Brisbane, and fighting around the Aleutians.  Missions and patrols are recounted.  Freemantle joined Pearl Harbor and Brisbane as a sub base in 1943 and those activities are mentioned, as well as the critical year of 1944.  We learn of the use of wolfpacks and Japanese tonnage lost, and submarine influence of great battles like Leyte Gulf.   Some incredible engagements are described, i.e., Darter, Dace,and Tang at Leyte Gulf.  Sixteen pages later, Statistics and Analysis summarizes the records of USN submarines and their Kaibokan adversaries.

A very interesting and educational read.  Modelers no doubt will be inspired to build models of these subjects.

An impressive gallery of images support then text.  The photographs range from grainy periscope shots of kills to ‘portraits’ of vessels, and some notable personnel.  A few photos show key characteristics of subs or Kaibokan.  The photography is supported with original artwork by artist Ian Palmer.

a.      Battlescene of a US sub fighting it out on the surface and taking hits.

This book is full of them to precisely deliver specific information of key ship characteristics and statistics.  Of the 27 tables, 24 are of ship data:

27. Losses of USN submarines by principal cause:

As a map lover I am very pleased that the book contains several maps. 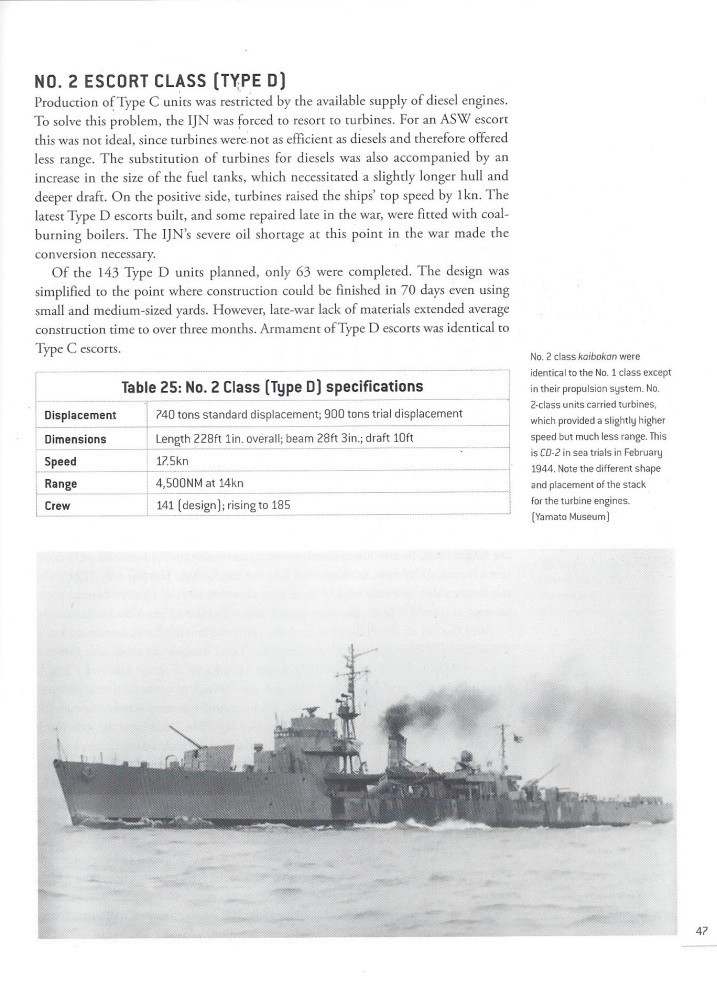 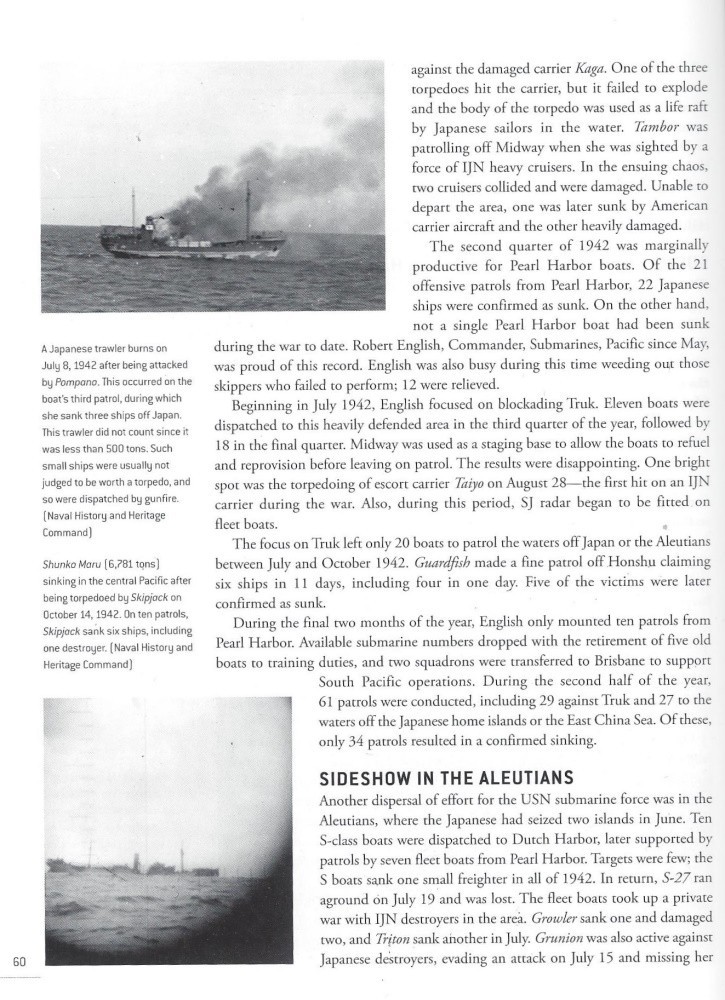 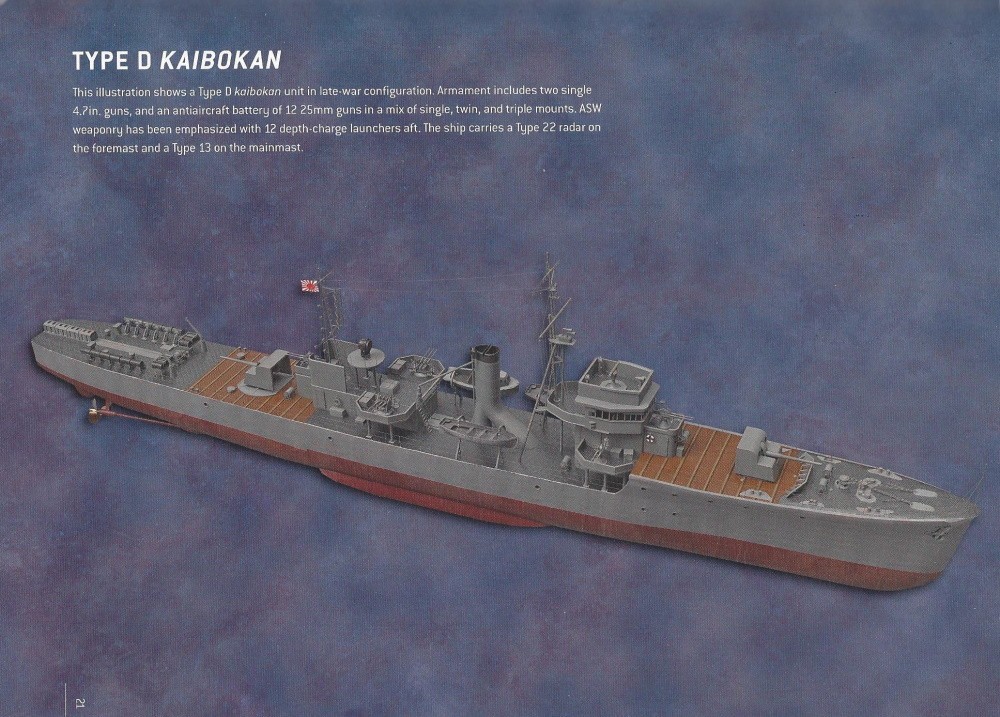 Osprey's title USN Submarine vs IJN Antisubmarine Escort is an interesting and enjoyable read.  I learned a few things which in turn piques my interest in IJN sub chasers and USN submarine models.  Revell has a 1/72 Gato-class, and kaibokan are available in 1/350 and 1/700.

Regardless of the modeling value of this book, the history and informational tables presented are valuable for historians and enthusiasts of submarine warfare in general, and the US campaign against Japan in specific.  An impressive gallery of photographs and artwork supports the text and provides useful reference material.  ASW escorts usually don't get the love they rate and are overshadowed by the larger warships they support. I appreciate this naval title and hope there will be more such works on overlooked ship types. Osprey offers modelers, historians, and enthusiasts of IJN subchasers or US subs a worthwhile resource with USN Submarine vs IJN Antisubmarine Escort.   I know nothing is perfect but I struggle to find anything to nitpick about Mr. Stille’s book, and I recommend it.

Please remember to mention to Osprey and retailers that you saw this product here – on Model Shipwrights.