JPTRR
Editor
posted on 8 months ago — updated on 8 months ago
629
views
Ju 87 Stuka vs Royal Navy Carriers Mediterranean is a new book from Osprey publishing LTD, examining the effectiveness of the Stuka against the armore... 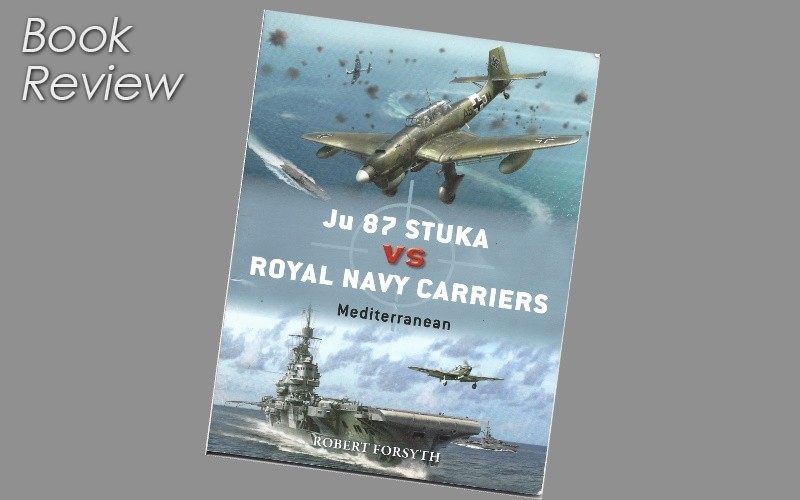 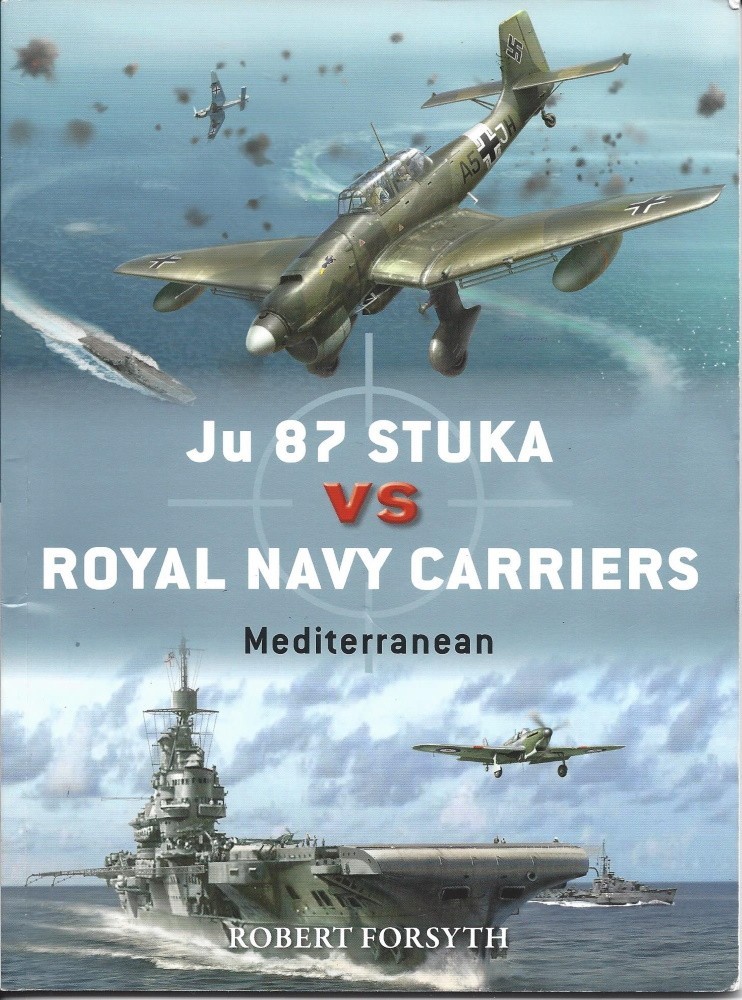 Authored by Robert Forsyth and illustrated by Jim Laurier, this 111th title of their Duel series is 80 pages of content including the index. Available in softcover, PDF and e-book, the soft cover is catalogued with ISBN 9781472840837 and Osprey’s Short code: DUE 111.

The book covers the design and development of British aircraft carriers. Britain was the first country to have an aircraft carrier and worked up the concept between the wars. The criteria and specifications for their new Illustrious-class of aircraft carriers is covered, they being launched in the late 1930s through the beginning of the war.  Dates of laying down the keel as well as launch and commissioning are included. It even includes trivia such as one aircraft carrier that, during its commissioning, started rolling down the slip way early, resulting in a catastrophe or several people. Stuka is covered in equal detail, from testing of prototypes, deployment to the Kondor Legion during the Spanish Civil War, and subsequent developments.

Duel books discuss the strategic situation that the opponents found themselves in, the training and equipment of the protagonists, and other factors to set the stage for the actual combat section of the book.  It identifies important individuals in command of different units, or of notable achievement.

Osprey writes about this product:

Ju 87 dive-bombers, originally developed for pin-pointing bombing missions against land targets and Allied naval vessels were deployed by both the Luftwaffe and the Regia Aeronautica against the Allied forces. Included in such a target were perhaps the greatest prize of all for a Stuka pilot: a British aircraft carrier.

This superbly illustrated book looks at the duel between the Ju 87 Stuka and the aircraft carriers of the Royal Navy. Despite their gun protection (‘pompoms’) and their squadrons of fighters, these immense and mighty vessels proved irresistible targets to determined and experienced Stuka aces as they endeavoured to stop British naval intervention in the campaigns in Norway, Malta and Crete. By 1941, the Ju 87 had become known by the British as a fearsome aircraft following its operations in France, specifically at Dunkirk, as well as in the Balkans. For the Luftwaffe, it was an aircraft in which they still had great confidence despite its mauling in the Battle of Britain during the summer of 1940. This book examines the key attributes and shortcomings of both aircraft and carrier by analysing various compelling episodes including the dramatic attacks on Ark Royal by Stukageschwader (St.G) 1 off Norway in April 1940, the strikes by the Luftwaffe's St.G 1, St.G 2 and the Regia Aeronautica's 237° Squadriglia against Illustrious in Malta harbour. Aside from outstanding photography and artwork, this volume also include numerous personal accounts from Stuka crews, the pilots of carrier-borne fighters opposing them and the sailors embarked in the various carriers that came under attack.

Operation Pedestal was a major resupply convoy to Malta and was savaged by the Luftwaffe and Regia Aeronautica.  It included a strong carrier force, some of which were ferrying Spitfires to the beleaguered island.  The stage was set for a major fight between British carriers and German dive-bombers.

Ju 87 Stuka vs Royal Navy Carriers is presented through 11 chapters and sections in 80 pages:

Introduction discusses the origins of carrier aviation and Chronology lists key events from August 1917 through 13 August 1942.

Design and Development and Technical Specifications recount those histories of the Ju-87 and Royal Navy (RN) Illustrious-class aircraft carriers (CV).  Details beyond guns, armor, and propulsion include electric and hydraulic components.  The book covers various models of the Stuka, as well as the modifications to carry enough fuel to take their bombs far out to sea. Also covered in good detail is the British high angle deflection anti-aircraft gun control system. The author includes interesting trivia, i.e., weight of the QF 4.5” gun turrets.

The Strategic Situation does a good job narrating the war of the time and setting the stage to understand the battlefield between Stukas and carriers. First-person quotes enrich the text although most primary sources seem to be narratives from diaries and reports, including an interesting commentary about how Norway-based Stuka Geschwadger 1 receive their new Ju-87R variants painted desert brown. It recounts Hitler's plan and timeline for the Stukas, and the principal objectives for X. Fliegerkorps.

Combatants begins with Ju 87 crew training. It includes some illuminating quotes by participants. The designation of the units, where they were formed, where they were stationed and trained at, these details are included. One pilot narrates the process of putting a Stuka into a dive and all the way through releasing the bombs, while another pilot recalls minimum altitudes for recovery.  This chapter also includes a single page biography on Walter Enneccerus, who not only survived the war but retired as a Brigadegeneral of the Bundeswehr.  Perhaps one of the more interesting subjects is Royal Navy Pom-Pom training and HACS.  A quote from a gunner recalls a very important aspect of gunnery training was what happened if the gun stopped.

You had to know what to do. You had a wooden club for such occasions, and I gave a good dash stopped up! Quite seriously, he gave begun a clout. You need to understand the position of the gun when we stopped, and whatever station it was in, there was a drill.  And aircraft will fly overhead, with a trailing target behind it and you have to fire at the target. You made sure you didn't fire at the aircraft! It also taught you the principles of deflection. You have to try to assess the speed of the aircraft was doing so that then you knew how far in front of it you should fire. You also had to assess how far away the aircraft was. You soon got the hang of it.

Combat: 27 pages of the main event. It starts at the end of August 1940 with the arrival of Illustrious to the Mediterranean and continues to detail Stuka attacks on the carriers. Fascinatingly, it details that the Stuka group commanders Harlinghausen and an Enneccerus planned to use a wave of Stukas to specifically target the ship anti-aircraft weapons.  RN Captain Boyd confirmed the damage to S.1, S.2, P.1 and P.2 pom-poms and the silencing of the two after groups of 4.5-inch guns.  That certainly enabled two later attacks to be pressed home from a low height.  These paragraphs allow comparisons between European dive-bombers attacking European aircraft carriers, against Japanese and American dive-bombing against each other’s carriers.  Losses to the attacking forces is surprising, as is fighter defenses, or lack thereof. Also interesting is that the Stuka group commanders, unlike their Japanese counterparts, actually underestimated the effectiveness of their attacks on the British carriers.  In addition, we learn that, like their Japanese and American dive-bomber brethren, Stuka crews were not always shy around defending fighters.

Took off in company with 6A [Barnes] and was last seen engaging one pair of Ju 87s. The enemy rear gunner hit the water cooler of the 6Zbut was then shot down by Lowe and seen to crash into the sea.  At the same time another Ju 87 got on his tail, wounding Lowe and killing LA Kensett.   Lowe immediately broke away but at the same time his engine stopped and he made a forced Landing into the sea.

Statistics and Analysis and Aftermath explores the effectiveness of each combatant.  HACS employment is discussed, as is the future role of the Stuka against ships in the Mediterranean.  We learn the ultimate fates of the Stuka force and the British carriers.

The informative text is effectively supported by a remarkable gallery of images and data tables. All photographs are black and white. Some of the photographs are familiar to me but many I have never seen before.  Modelers should find this a book a bonanza of inspiration and technical sources for dioramas or stand-alone models.   Some of these combat images rival photos of carrier actions in the Pacific:

·       Several photographs of bomb damage to aircraft carriers show the power of the bombs against the resilience of the ships.

·       Indomitable almost totally obscured by a cascade of bombs bursts.

·       Bomb damage to a British aircraft carrier, showing the damage to the deck and a ruined pom-pom.

There are also images of significant personnel, equipment,and the ships and aeroplanes.

4.    4.5in. BD Turrets: gun turrets as seen from the deck of a carrier with a caption detailing the weapons and mounts.

10.Combat artwork Engaging the Enemy: an in-cockpit view of a Stuka diving on a British aircraft carrier, while ahead another Stuka has just dropped its bombs and is pulling out. The accompanying narrative explains just how close Stukas peeled off after each other, and what the bomb fuse settings were.

That variety of photographs and artwork strongly enhance grasping the concepts and descriptions in the text.  I think they add great value to the book.

Ju 87 Stuka vs Royal Navy Carriers from Osprey is a valuable comparison of the Stuka forces that countered Allied naval operations and their escorting carriers.  Modelers should find a wealth of source material to whet their appetite for Stukas and carriers.  Mr. Forsyth is a highly regarded historian who loaded the text with excellent information. The photographic gallery is remarkable, as is the original artwork.  I have no meaningful complaints about this book and recommend it. 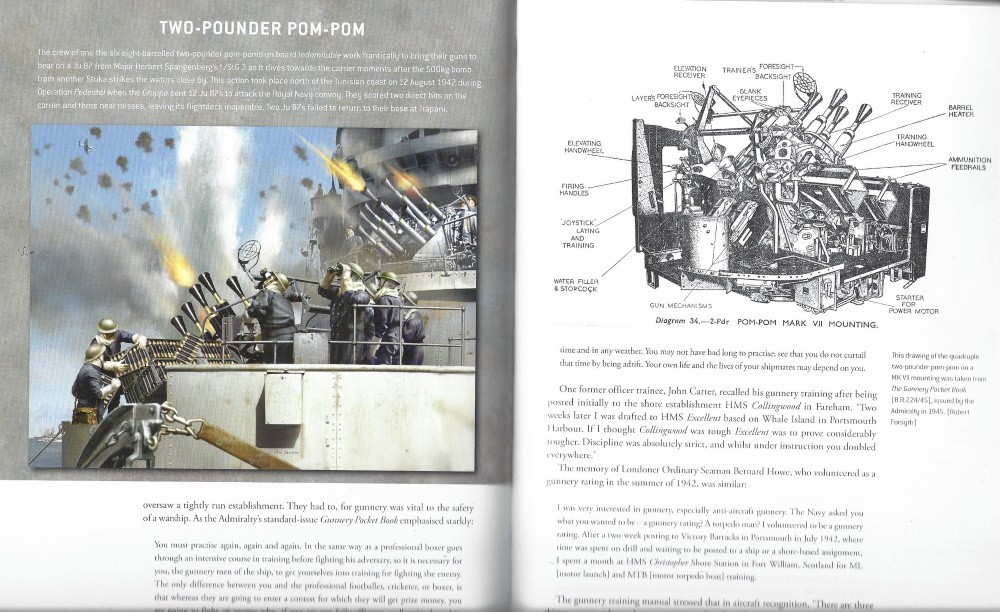 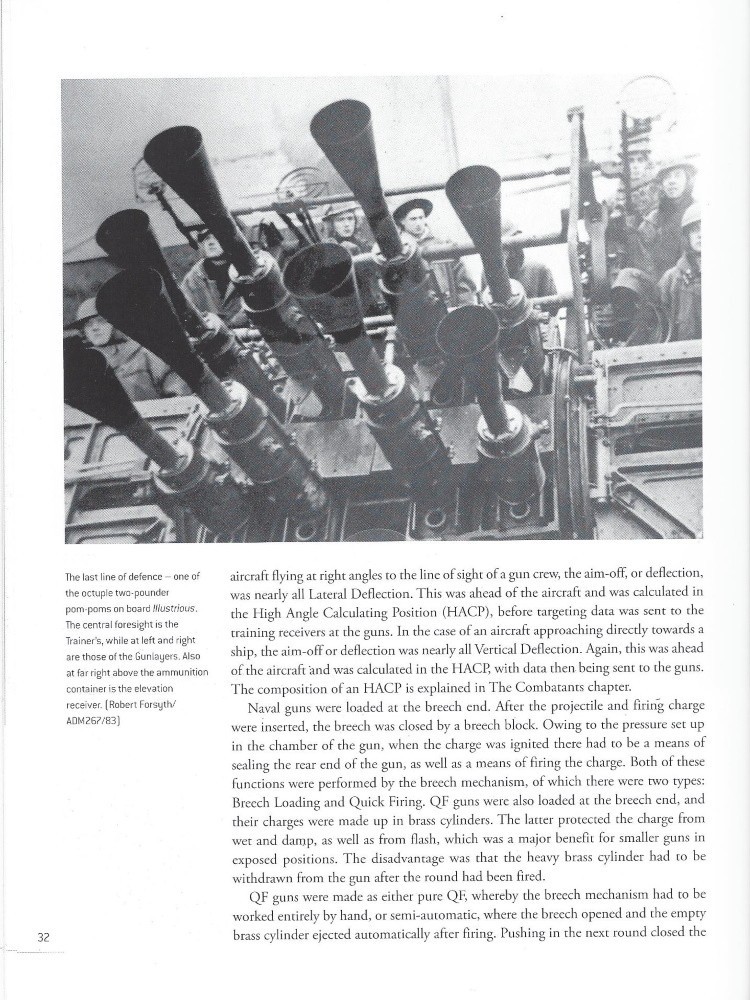 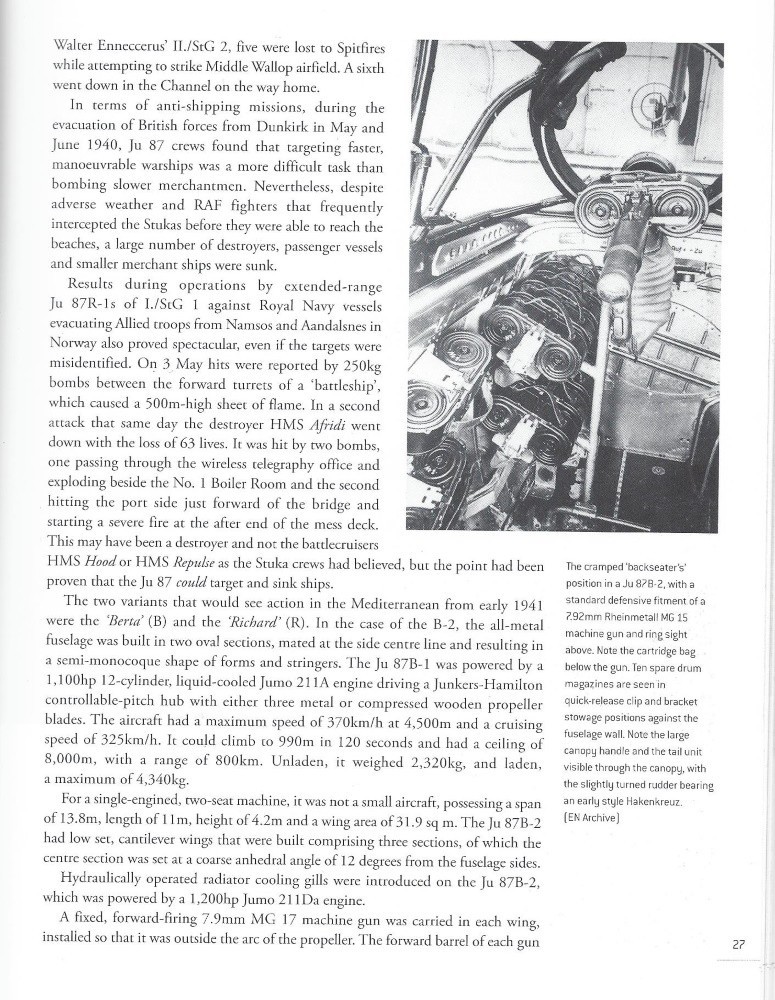