JPTRR
Editor
posted on 2 years ago — updated on 1 year ago
2,814
views
This book is Kalmbach Media's Pacific War companion to Modeling World War II in Europe . Modelers will find a wealth of ideas and inspirations builds - 17 of them - with subjects across the spectrum - air, land and sea. 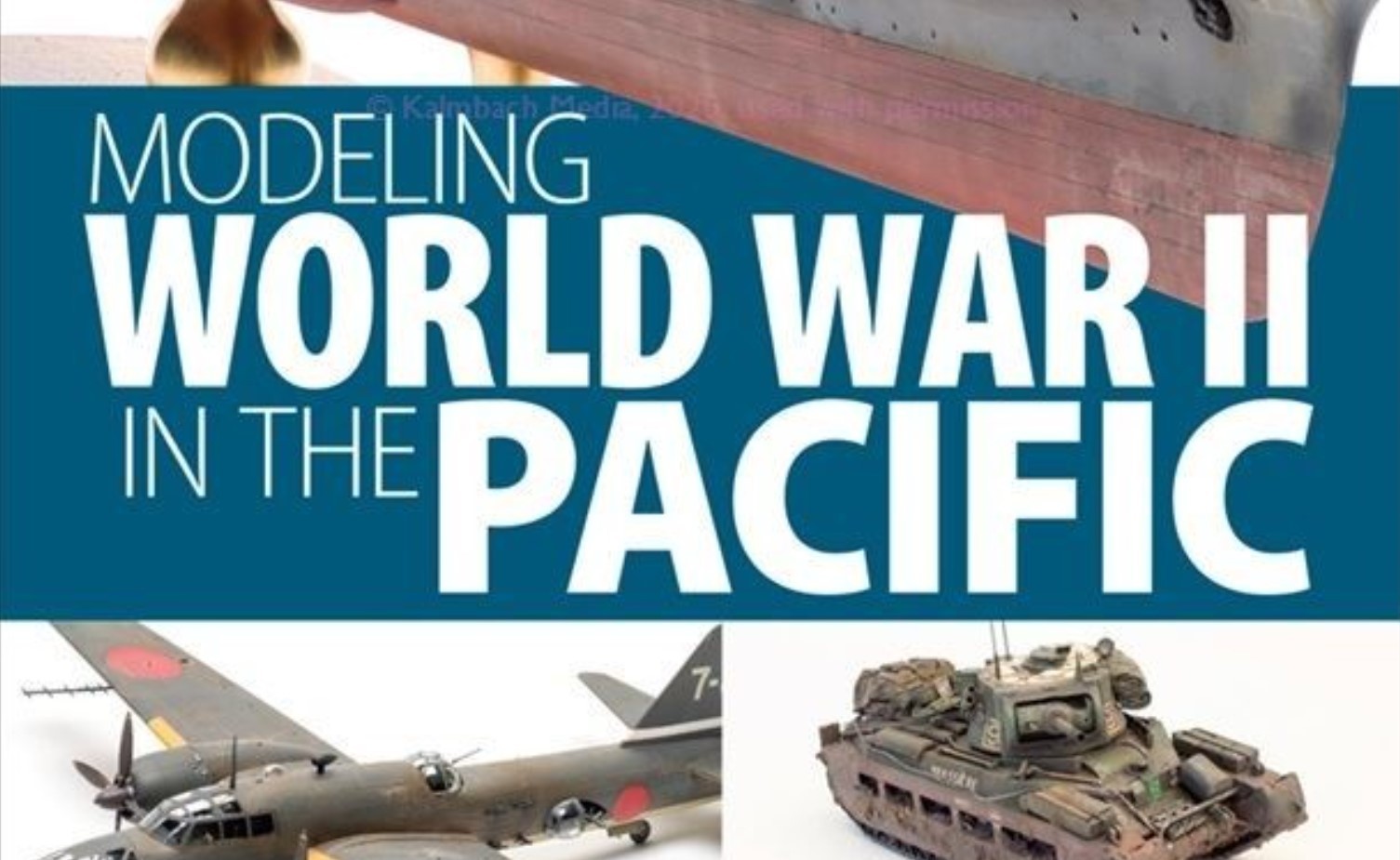 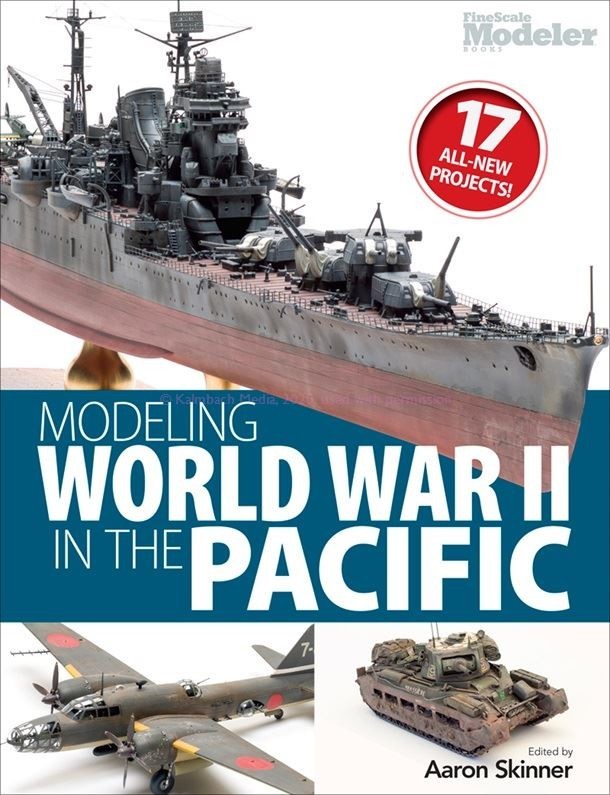 Modeling World War II in the Pacific is a book from Kalmbach Media, one of their FineScale Modeler books.  Numerous authors contributed to the content which is edited by well-known modeler Aaron Skinner.  Content is delivered through 143 pages of content in standard size softcover format. The softcover is catalogued with ISBN 9781627007245 and Kalmbach's catalogue number 12822.  Kalmbach describes this book:

The all-new book, Modeling World War II in the Pacific, features a variety of modeling subjects including the equipment used in the island-hopping campaigns, Marine Corps-modified armor, unique Navy aircraft used in carrier battles and more.  Released around the 75th anniversary of the end of World War II in the Pacific, you’ll find aircraft, armor, figures and an emphasis on ship modeling projects from FineScale Modeler’s Aaron Skinner and other top modeling experts. Each project features clear instructions and step-by-step photos, as well as detailed text and helpful tips.

Flipping through the pages I see page after page of models that send me running to the stash and arranging my tools and paint, exclaiming 'I can do that,' or at least enjoy any failed attempt.

Modeling World War II in the Pacific presents these subjects:

The recovery of the USS Oklahoma BB-37

Monogram’s 1/48 scale Devestator was the basis of a scene set 6,500 feet below the ocean’s surface

FineScale Modeler generates a steady supply of excellent articles and this book capitalizes on their experience, in a well-organized and easy to read format. The contributors and Kalmbach produce high quality content that is geared for hobbyists and those familiar with a subject, yet are not over the head of novices.

This is mainly a visual presentation.  Each subject begins with a short introduction and then progresses with detailed step-by-step progress.  Captions in English narrate the images.  The captions are well written and explain the accompanying photographs in great detail. The captions go into very specific detail as to the specific kit shown, brands of paint used, additional detailed items such as photo-etched brass, types of masks and stencils used, and other such pertinent information as well as individual processes used by the individual modelers.

While I will not recount each model in this book, I will highlight a few that are particularly impressive.

Righting a wrong is a 1/350 masterpiece of scratchbuilt derricks and winches used to recover capsized USSOklahoma.  Sands of Iwo Jima features a tank festooned with scores of scratchbuilt scale nails and shards as anti-personnel measures.  Wood and resin extra armor is also used by the modeler.  A Matilda for the jungle isn't as exotic but demonstrates adding aftermarket conversions and heavy mud. Good things come in small packages as seen in Mission: Resupply! by Tim Reynaga - a modeler well known here on Model Shipwrights.  It combines modifying and enhancing tiny models with photo-etch and other accessories, creating a water base, trees for jungle, and action portrayed by 1/700 figures.  Getting his feet wet with IJN Tone is a detailed account of creating a highly detailed model.  Finally, ‘Hello again!’ amazes me with the techniques to model a wreck down deep in the ocean.

Really, all of the projects in this book bust the curve of modeling prowess.  With dioramas and stand-alone subjects of aircraft, figures, ships, and tanks, there is something for every modeler.

Plenty! Most are full color, too. Reference photos from the war are black-and-white but I didn't notice any model photos that are.

Graphic support of the text has always been a strong suite of Kalmbach and this book continues that trait.  Each subject starts with a primary photo of the finished scene. Multiple in-progress images visually guide the reader through the process. These photos are equally valuable as they afford inspiration extracurricular to the described subject.  Each page has one to six photos although there are a few with more than six. A few chapters have text boxes listing references and special products used for the model.

Modeling World War II in the Pacific with its series of up-to-date methods and products and techniques should be a desired addition to modeling bookshelves.  The crossover potential of many techniques are good whether you build tanks, ships, or any subject.  The content of up-to-date ideas and products is a strong point of this book. So is the excellent graphic support of the educational text.

If there is any drawback to this book, I don't see it.  There are three typos on the Content page – “Hasegawa” is misspelled, as is “Devastator,” although both names are correctly spelled in each chapter.   Modelers should appreciate the content whether one prefers shake-and-bake kits, loves to add every resin and photo-etch enhancement available, or delights in dioramas.  I recommend this book.

Please remember to mention to vendors and retailers that you saw this book here - on  Model Shipwrights. 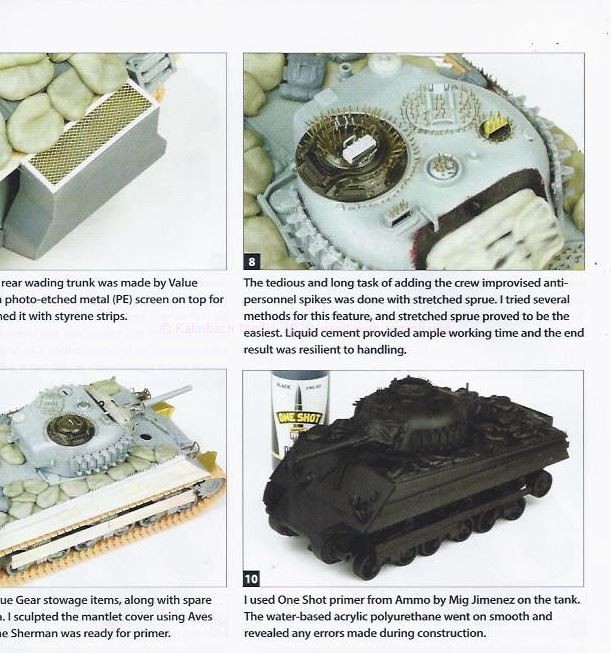 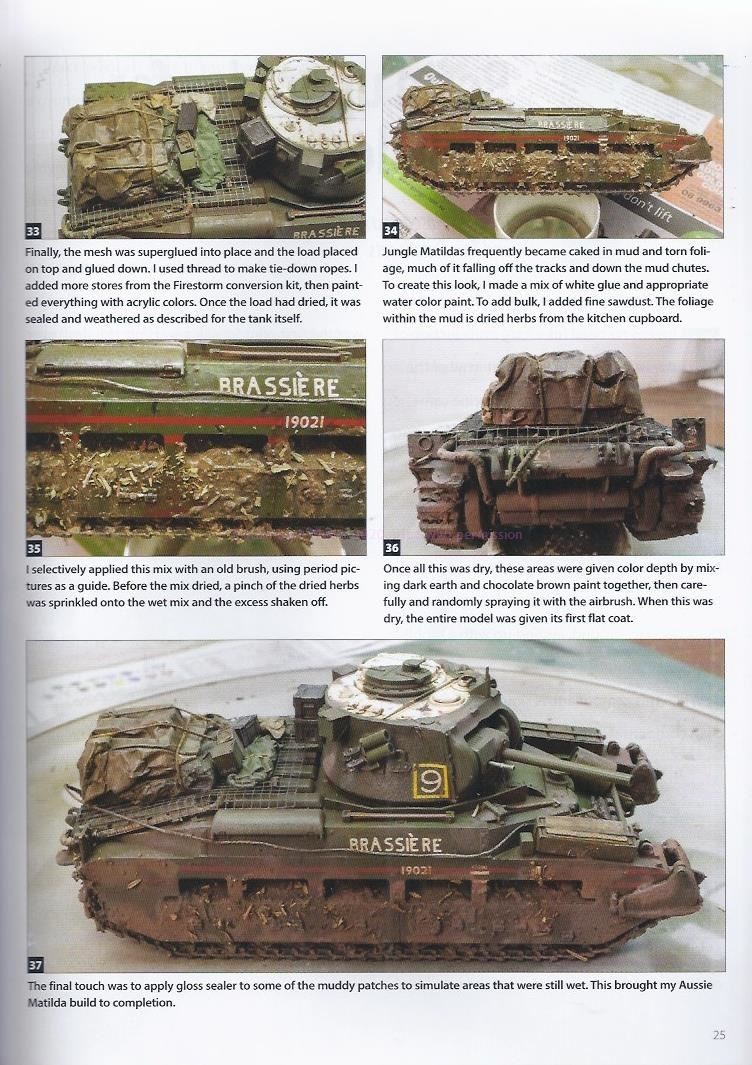 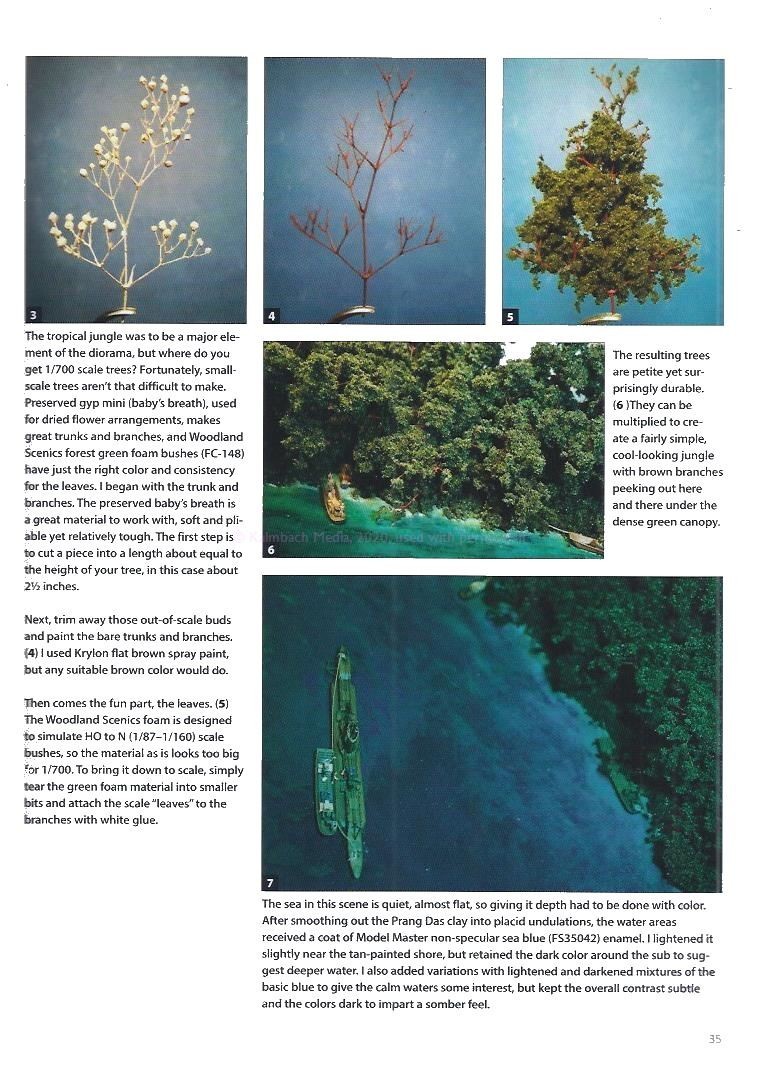 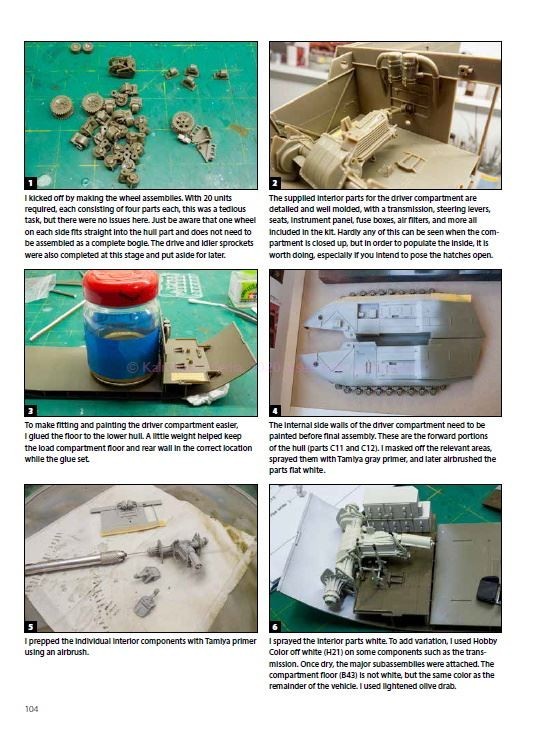 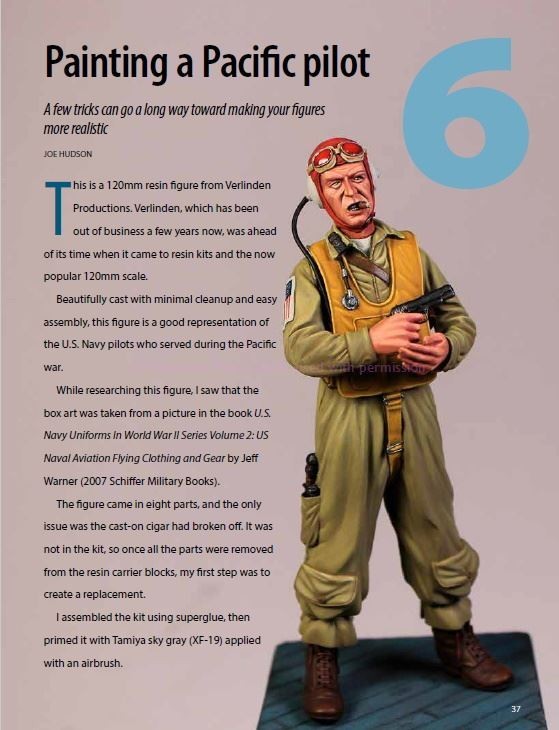 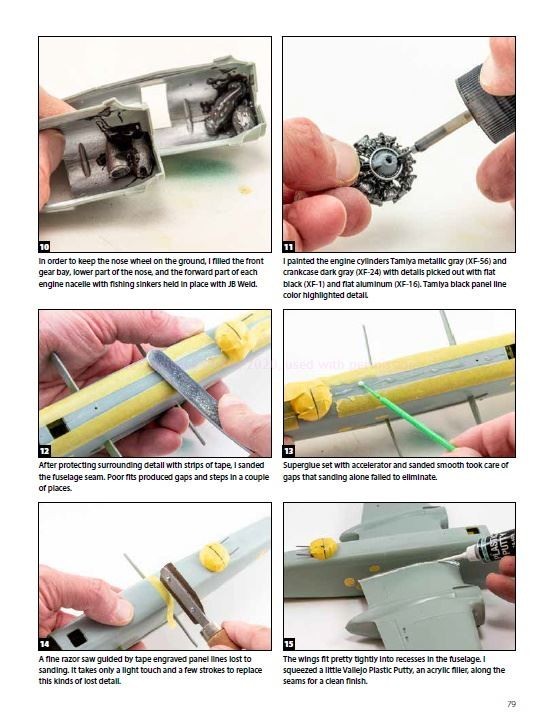