Ships by Class/Type: Destroyers
This forum covers all types of destroyers from all eras.
Hosted by Todd Michalak
1/200 Nichimo Hatsuzuki build

As the COVID-19 Coronavirus sends more of us to telework and shelter in place defense, I thought Id use the excess enforced indoor time to restart a project I began long ago but had set side 

The ship has a compelling history: 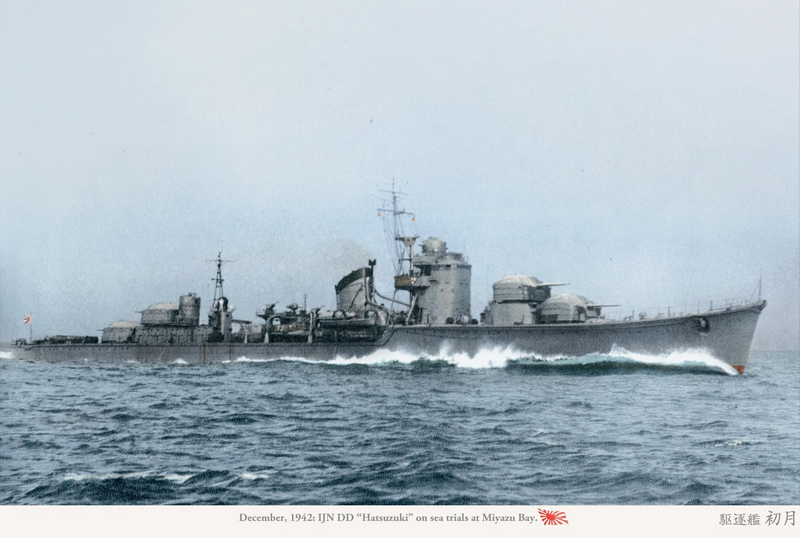 Designed as an escort for aircraft carrier battle groups, Hatsuzuki (New Moon in Autumn) was one of the Imperial Navys excellent Akizuki-class anti-aircraft destroyers. Commissioned in December 1942, Hatsuzuki served throughout the Pacific War as a fleet escort. Her first major battle was the June, 1944 Battle of the Philippine Sea as part of Admiral Ozawa's Force A, where she assisted the torpedoed carrier Taiho and helped rescue survivors. Four months later she was again with Ozawa as an escort with his Northern Carrier Force during the Battle of Leyte Gulf. Again she found herself engaged in the unhappy task of rescuing survivors from sunken carriers, this time from Zuiho and Zuikaku.

It was while so engaged that her great moment came. As Hatsuzuki was rescuing the survivors along with sister destroyer Wakasuki and the smaller Kuwa, the group was surprised by a U.S. force of four cruisers and three destroyers. In an act worthy of the more famous U.S.N. Taffy 3 destroyer action a few hours earlier that day at San Bernardino Strait, Captain Amano Shigetaka detached Hatsuzuki to attack the U.S. force to cover the escape of Wakasuki and Kuwa. In a two hour running battle the fast, agile ship made repeated real and feint torpedo attacks and fired her guns continuously, managing to straddle the cruiser Santa Fe and shower the Wichita with splinters. More importantly, these all-out attacks distracted the U.S. force as Wakasuki and Kuwa withdrew. The destroyer put up such a fight that American observers identified the ship variously as an Aoba-class heavy cruiser or an Agano-class light cruiser  but the end was inevitable. The lone ship was, in the words of a USN battle report, literally punched to pieces under the combined firepower of four cruisers and three destroyers. All aboard Hatsuzuki, including the Destroyer Division Commander, perished. Nevertheless, the sacrifice enabled Wakasuki and Kuwa with their deckloads of survivors as well as the light cruiser Isuzu (which had been assisting the sinking carrier Chiyoda), to escape.

Ok.... going to settle in to watch the magic happen...

Well Bob, I don't know how magic it will be... but despite its 1975 vintage, Nichimos big destroyer is a beautiful kit! 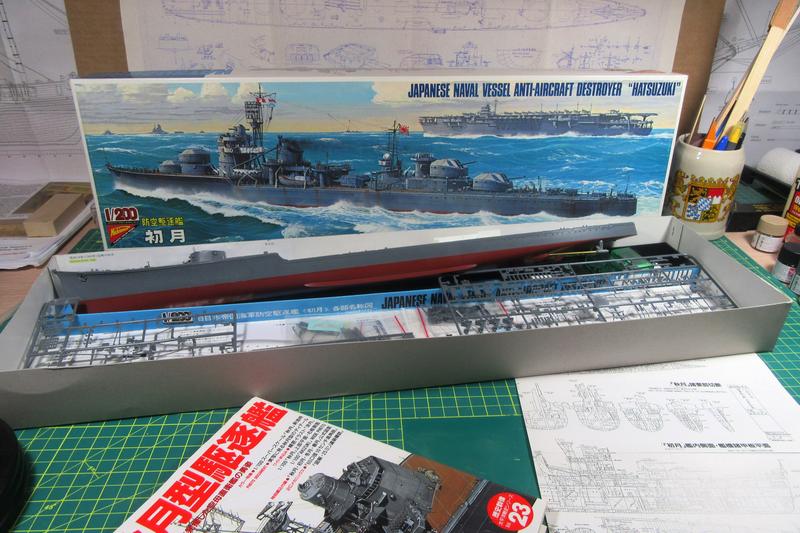 I had started the Hatsuzuki with the greatest enthusiasm, but I only got as far as completing the hull before running out of steam. 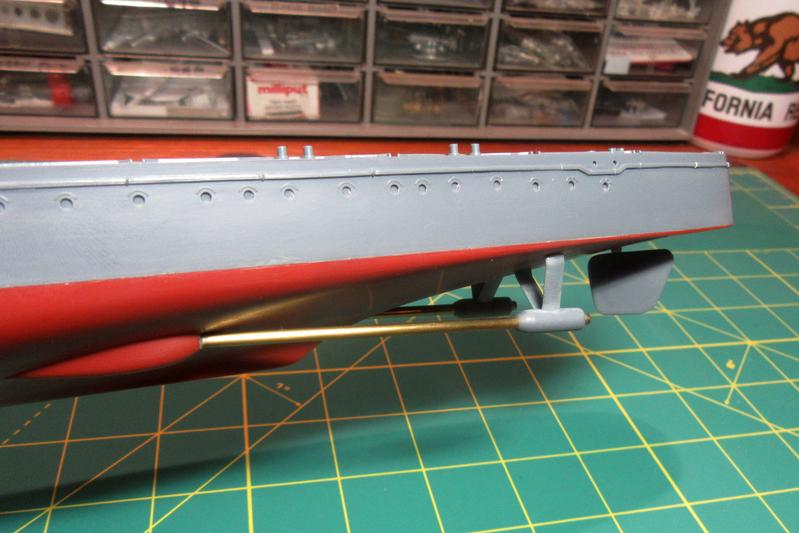 I did make some progress, though. Nichimo intended the model as a runner, so it came with a motor, battery box, gearbox, and a set of metal propeller shafts. I omitted the running gear and replaced unrealistically narrow shafts with correctly sized brass tubes. 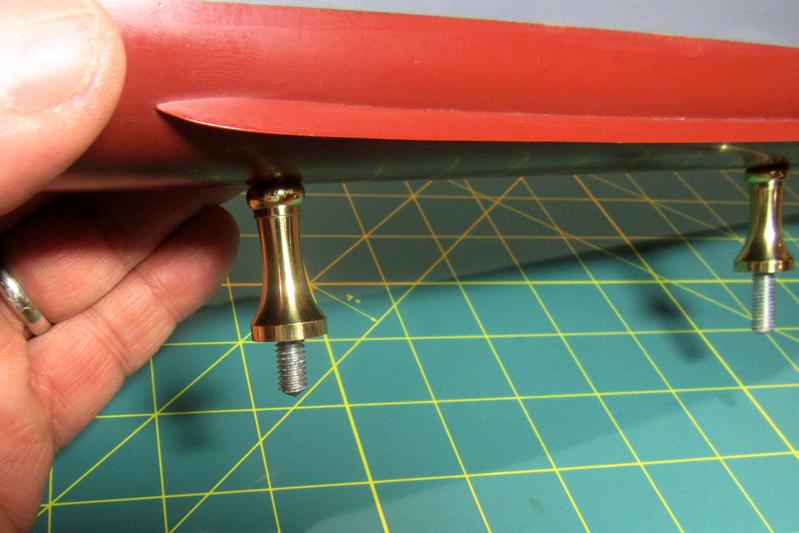 Also, the kit-provided plastic display pedestals, though nicely shaped and beautifully gold plated, had ugly seams in them, so I replaced them with pieces adapted from brass drawer pulls. 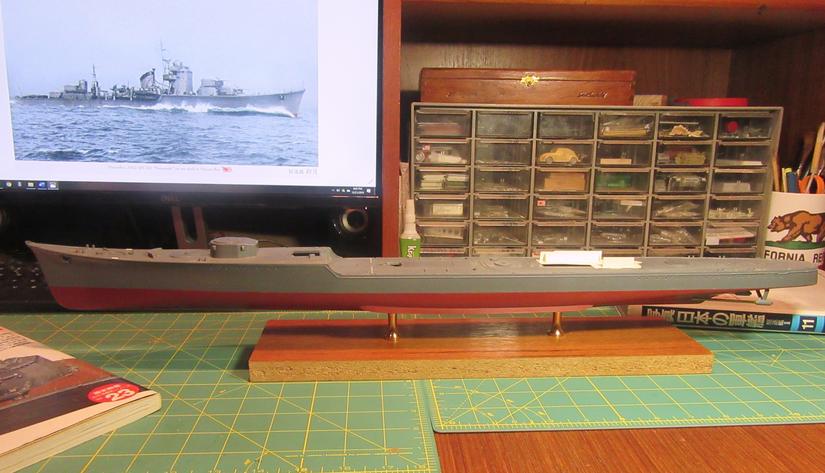 Even at this early stage and placed on a temporary base, the graceful shape of the Akizuki-class destroyer is evident!

REPLY & QUOTE
TimReynaga (Tim Reynaga) says
The molded decks come with a good deal of detail including non-slip patterns on the steel decks and brass capstrips over the linoleum covered areas. The kit capstrips were sharply molded but just a bit heavy, so I scraped them away. 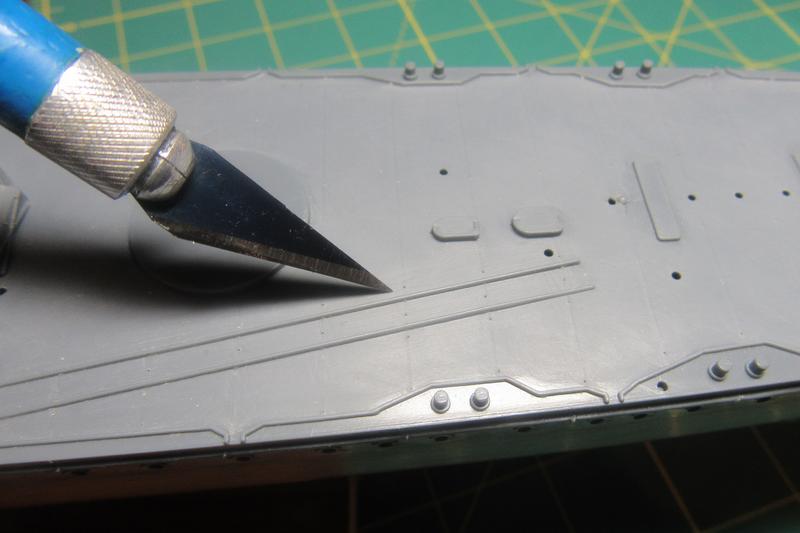 I made rows of tiny holes with the point of my X-Acto to assure proper placement of new capstrips after the decks have been painted. 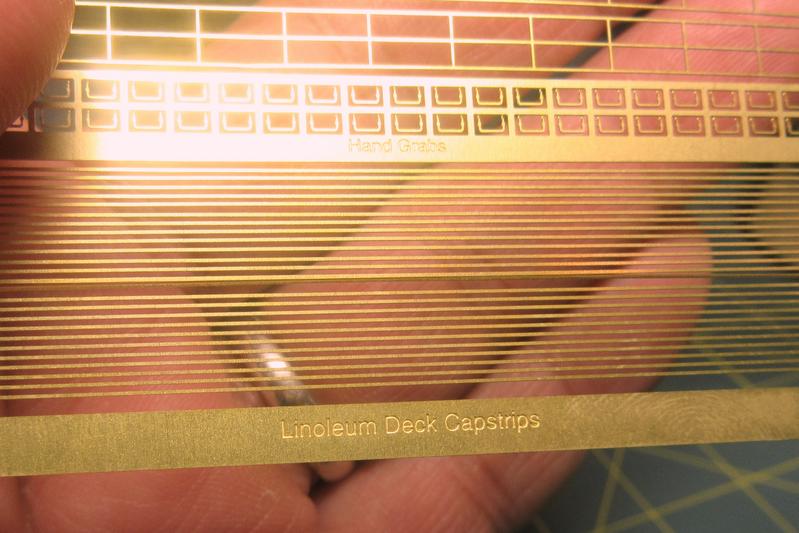 Nichimo had included nicely molded anchor chains on the focsle, but they seemed too two-dimensional, so I scraped them off. The chain test fitted here should look more convincing. 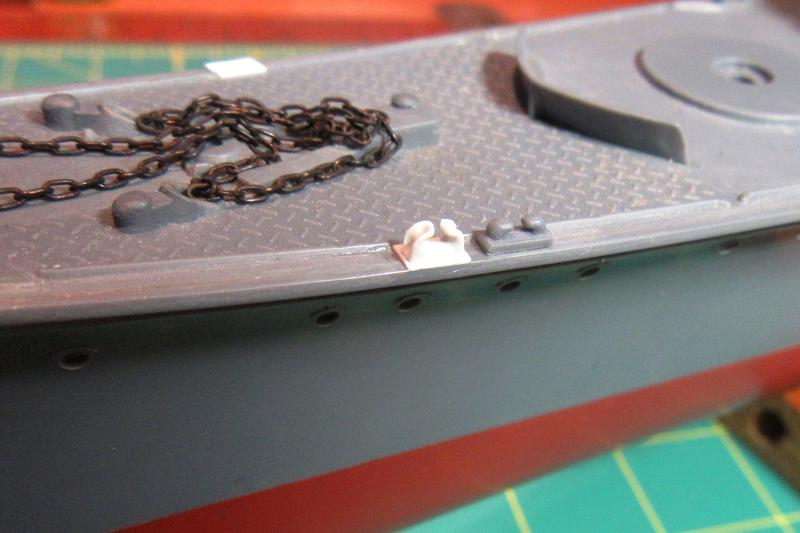 I also plan to replace the kit fairleads (right) with better resin parts from Corsair Armada.

Looking forward to seeing you work your magic with this kit!

REPLY & QUOTE
Best health to everyone!
Stay home and build models!
1/72 in the Hangar:
P51D, ME109E4 & FMk22 Spit for the Big 3 Campaign
and a Schwalbe for the Schwalbe Campaign!

REPLY & QUOTE
TimReynaga (Tim Reynaga) says
Russ, Mark, and John - welcome! This big model is a bit of a departure for me, but it should be fun. 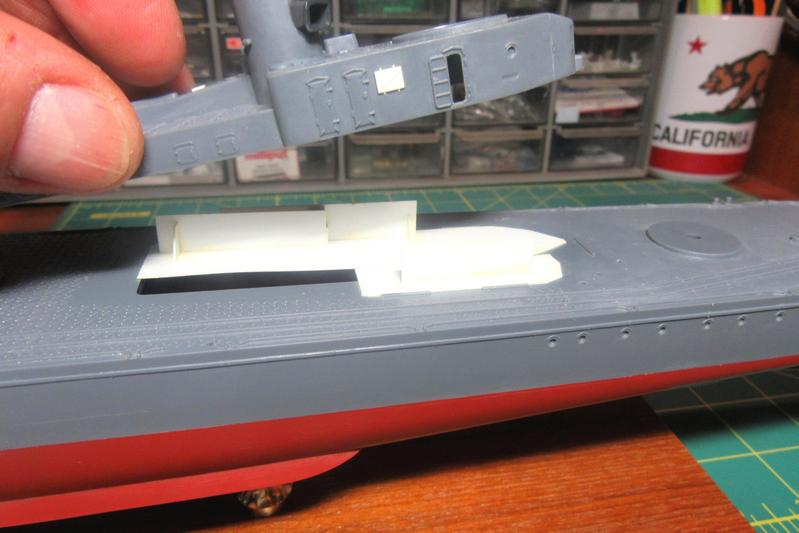 The aft deckhouse has some attractive molded on detail including open doors. I carved out the blanked off area behind the open doorways, but this revealed the lack of any bulkheads or even a deck within, so I added some basic shapes inside with sheet plastic. 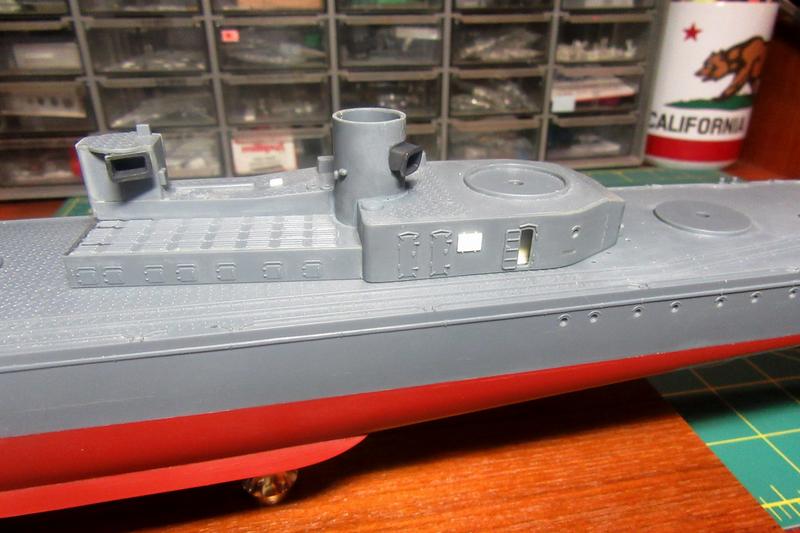 Not much is visible through the open door, but at least now it wont be an unrealistic void in there! The white rectangle on the exterior is a closed vent cover. 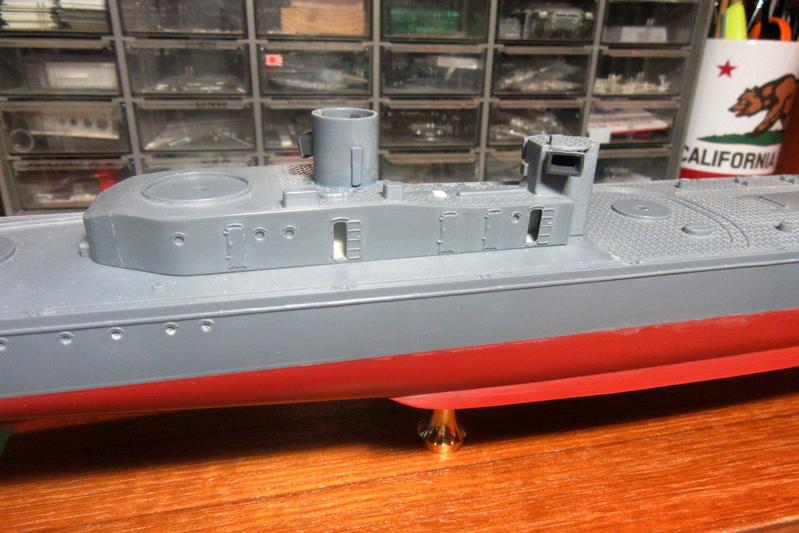 Great idea on the open door. Never thought about it until now but are the insides of Japanese ships paint the same color as the outside deck or hull?

My kind if scale too. Will be along for the ride.

Lie the work on the interior.

Great idea on the open door. Never thought about it until now but are the insides of Japanese ships paint the same color as the outside deck or hull?

Good question! I havent seen much information on Imperial Japanese Navy interior painting practices. Models of IJN ships sometimes show the inside faces of open doors in white, but this 1942 photo of Akizuki shows the insides of the open doors to be the same color as the hull. 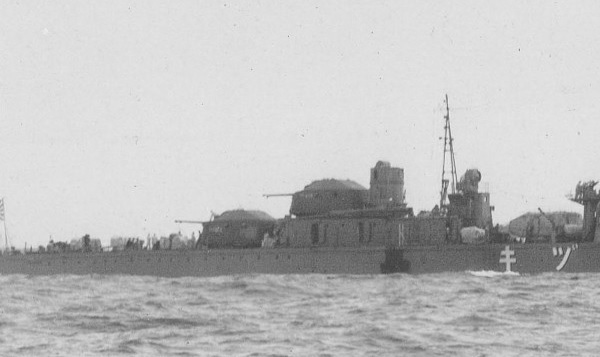 As for the interior spaces, I suppose like most navies the bulkheads and overheads would have been a light color to increase visibility in the confined areas. Still, this picture of Yukikazes pilothouse suggests that the colors might have been darker. 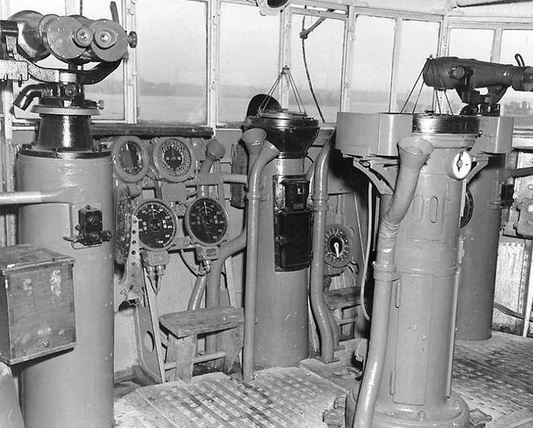 Unless I get better information, Ill probably paint Hatsuzuki up with hull-colored door insides and white or light grey interior spaces.